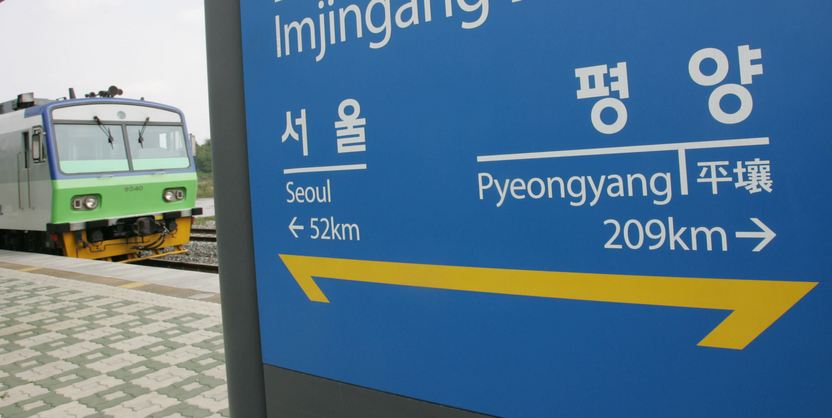 SEOUL (Reuters) - South Korea said on Saturday it had received sanctions exemptions from the UN Security Council for a joint survey of inter-Korean railways, the first step towards reconnecting rail and road links cut during the 1950-53 Korean War. In April, the leaders of the two Koreas agreed to adopt practical steps to reconnect railways and roads as part of efforts to improve bilateral relationships. “The sanctions exemption has big implications given that the project has garnered recognition and support from the United States and the international society,” South Korea’s presidential spokesperson Kim Eui-kyeom said. He expressed hope of quick construction of the railways, which he said will take inter-Korean cooperation to a new level. South Korea requested an exemption for deliveries of fuel and other equipment needed to conduct the railway survey in the North, Yonhap News Agency said. Pyongyang is under wide-ranging UN sanctions for its nuclear weapons and ballistic missile programmes. In October, the two Koreas agreed to carry out joint field studies on transport plans, with a ground-breaking ceremony in late November and early December. But the plan was delayed amid stalled talks between Washington and Pyongyang following an unprecedented summit in June at which the two sides agreed to work toward nuclearisation and peace on the Korean peninsula. Negotiations have since made little headway, with Pyongyang upset by Washington’s insistence that international sanctions must remain until it gives up its nuclear weapons. The United States has told its ally South Korea it should not improve ties with North Korea faster than Pyongyang takes steps to give up its nuclear weapons.