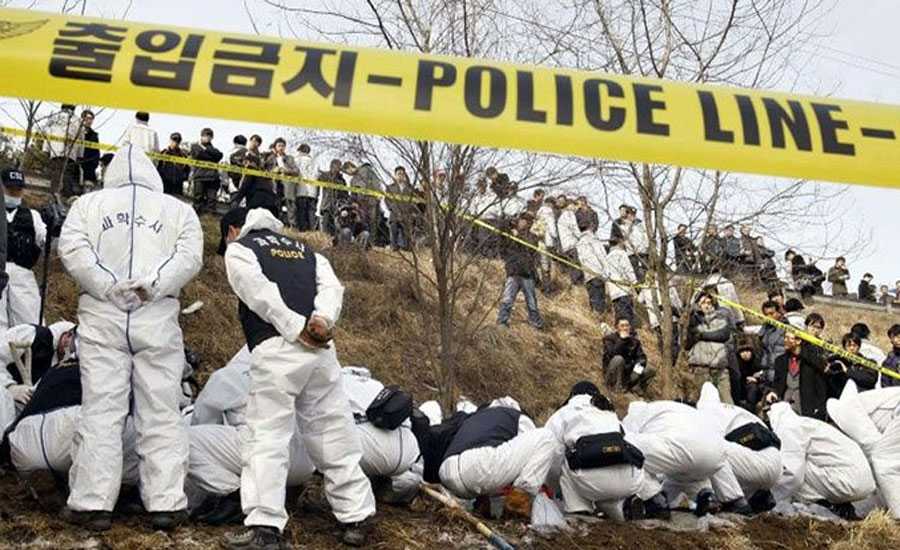 SEOUL (AFP) – South Korean police have identified a suspect in one of the country´s most notorious serial murder cases more than 30 years after the first of the 10 killings, they said Thursday. Between 1986 and 1991 more than two million police officers - a record for a single case - were mobilised to try and find the person who raped and murdered women in rural parts of Hwaseong, south of Seoul. They investigated some 21,000 individuals and compared the fingerprints of around 20,000 more without success, and the case inspired South Korean filmmaker Bong Joon-ho´s 2003 box office hit "Memories of Murder". But using the latest forensic techniques to retrieve DNA from long-past crimes officers have identified Lee Chun-jae, 56, as a suspect in at least three of the killings, said Ban Gi-soo of the Gyeonggi Nambu Provincial Police Agency. Samples collected from evidence including a victim's underwear matched with Lee´s, the police said. The suspect is currently serving a life sentence for raping and murdering his sister-in-law in 1994, but denies involvement in the Hwaseong murders and the statute of limitations has expired, meaning he will not be prosecuted, police added. "I express my deep condolences to the victims and their families, as well as the Korean public, for not having been able to solve this case for a long time," Ban told reporters. "We will do our best to discover the truth with a sense of historical responsibility." The Hwaseong killer´s victims ranged from teenagers to a woman in her 70s.