South Korea to conduct military drills amid stalled exercises with US 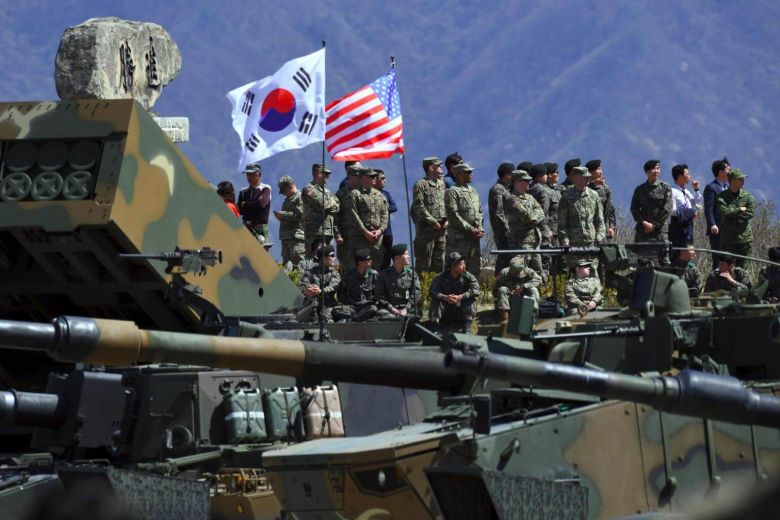 South Korea to conduct military drills amid stalled exercises with US

SEOUL (Reuters) - South Korea will stage two military drills next week amid a thaw in relations with North Korea, which have prompted Seoul and Washington to suspend joint exercises with the United States to spur nuclear talks. The allies agreed last week to halt the Vigilant Ace air defence drills planned for December, after delaying August’s major annual Ulchi Freedom Guardian exercises. The move was intended to give the ongoing nuclear negotiations between the United States and North Korea “every opportunity to continue,” the Pentagon said. To maintain defence readiness and boost jointness within the military, South Korea decided to carry out the Taeguk and Hoguk drills, its Joint Chiefs of Staff (JCS) said. The Taeguk is a command post exercise to be conducted from Monday to Friday, and the Hoguk field manoeuvre exercise will kick off on Monday for a two-week run around the South Han River, east of the capital Seoul. “This year’s exercise is to sustain balanced defence posture and improve the practice effects, considering the suspension of the Ulchi Freedom Guardian,” the JCS said in a statement. The defence chiefs of South Korea and the United States will meet in Washington on Wednesday for their annual Security Consultative Meeting, where they are expected to formally announce the suspension of the Vigilant Ace air defence drills. On Friday, military generals of North and South Korea held talks at the border village of Panmunjom within the Demilitarised Zone (DMZ), the latest development in their rapidly improving ties.
Japanese hostage returns home after 40 months in Syrian 'hell'
Both sides are likely to discuss reinstating a joint military commission in line with their military pact reached at last month’s summit in Pyongyang. The accord includes the halting of “all hostile acts” around their border including military exercises, a no-fly zone and the gradual pullout of guard posts, weapons and landmines within the DMZ. As part of efforts to implement the agreement, the two Koreas completed the removal of guard posts and firearms within the Joint Security Area in Panmunjom on Thursday, Seoul’s defence ministry said.