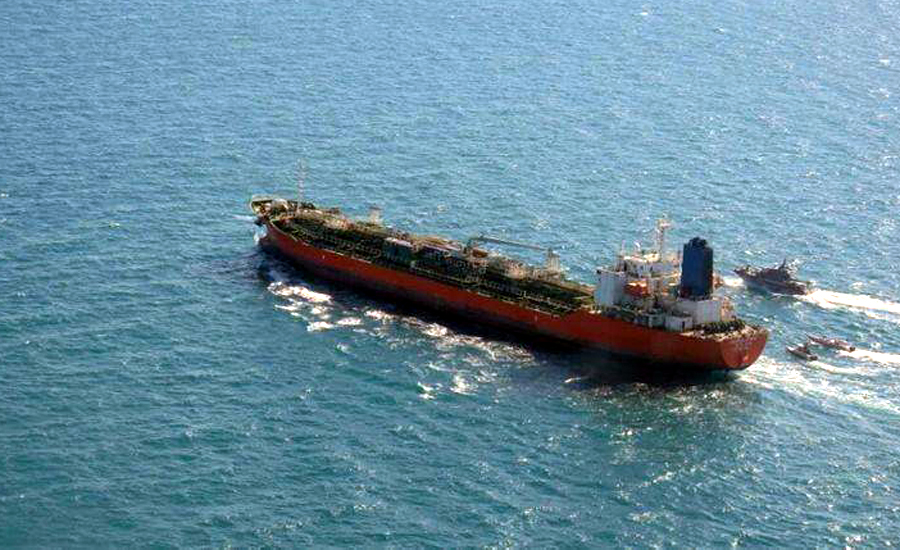 DUBAI/SEOUL (Reuters) –Iran’s Revolutionary Guards Corps seized a South Korean-flagged tanker in Gulf waters and detained its crew, Iranian media said on Monday, amid tensions between Tehran and Seoul over Iranian funds frozen in South Korean banks due to US sanctions.

Seoul confirmed the seizure of a South Korean chemical tanker by Iranian authorities in the waters off Oman, and demanded its immediate release.

Several Iranian media outlets, including state TV, said the Guards navy captured the vessel for polluting the Gulf with chemicals.

“According to initial reports by local officials, it is purely a technical matter and the ship was taken to shore for polluting the sea,” state television quoted Iranian Foreign Ministry spokesman Saeed Khatibzadeh as saying.

The US Navy’s Bahrain-based Fifth Fleet is aware of the incident and is monitoring the situation, spokeswoman Rebecca Rebarich said in response to a Reuters query.

The incident comes ahead of an expected visit by South Korea’s deputy foreign minister to Tehran. Khatibzadeh said the visit would happen in coming days, during which officials would discuss Iran’s demand that South Korea release $7 billion in funds frozen in South Korean banks because of U.S. sanctions.

The United States re-imposed sanctions on Iran in 2018 after Washington withdrew from Tehran’s 2015 nuclear deal with six major powers. Under that deal, Iran had agreed to curb its nuclear work in exchange for the lifting of sanctions.

Iran has retaliated by bypassing the restrictions of the deal step-by-step. In a move that could complicate efforts by U.S. President-elect Joe Biden to rejoin the deal, Tehran said on Monday it had resumed 20% uranium enrichment at its underground Fordow nuclear facility.

British firm Ambrey said the South Korean-flagged vessel, owned by DM Shipping Co, had departed from the Petroleum Chemical Quay in Jubail, in Saudi Arabia, before the incident.

Another maritime security firm, Dryad Global, said on its website the chemical tanker had “likely been detained by Iranian forces” in the Strait of Hormuz while inbound to Fujairah in the United Arab Emirates.

In early 2019, Iran jacked up tensions in the world’s busiest oil waterway by seizing British-flagged tanker Stena Impero, two weeks after a British warship had intercepted an Iranian tanker off the coast of Gibraltar.