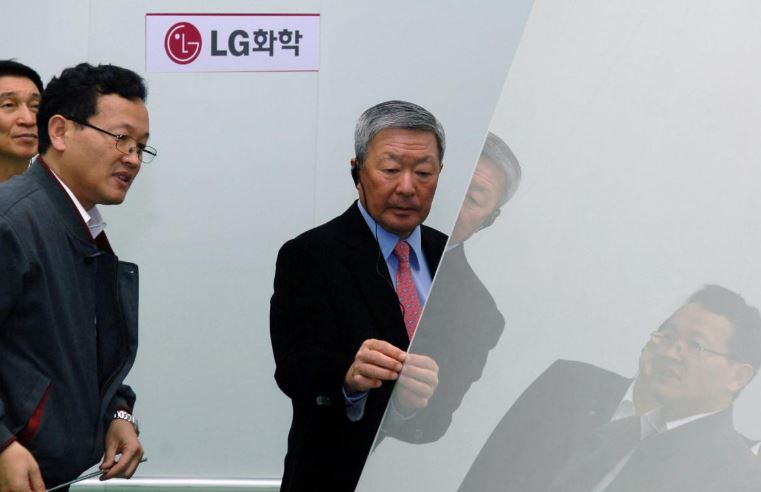 SEOUL (Reuters) - The chairman of South Korea’s LG Group, Koo Bon-moo, instrumental to transforming the country’s fourth-largest conglomerate into a global brand, passed away on Sunday after a year-long battle with brain disease. LG Group said in a statement Koo, 73, had been ill for a year. A group official said Koo had been fighting a brain disease and had undergone surgery. The official declined to be named due to the sensitivity of the matter. “Becoming the third chairman of LG at the age of 50 in 1995, Koo established key three businesses - electronics, chemicals and telecommunications - led a global company LG, and contributed to driving (South Korea’s) industrial competitiveness and national economic development,” LG said. Under Koo’s leadership, the conglomerate changed its corporate brand to LG from Lucky Goldstar and sold LG’s semiconductor business to Hyundai, now SK Hynix Inc , under government-led restructuring in the wake of the Asia financial crisis in the late 1990s. Major affiliates are LG Electronics Inc , display maker LG Display  and electric car battery maker LG Chem . Prior to its chairman’s death, LG Group had established a holding company in order to streamline ownership structure and begin the process of succession. The country’s powerful family-run conglomerates are implementing generational succession amid growing calls from the government and public to improve transparency and corporate governance. LG Corp  , a holding company of the electronics-to-chemicals conglomerate, said on Thursday its longtime chairman was unwell and planned to nominate his son to its board of directors in preparation for a leadership succession. Heir apparent Koo Kwang-mo is from the fourth generation of LG Group’s controlling family. He owns 6 percent of LG Corp and works as a senior official at LG Electronics. The senior Koo’s younger brother, the group’s vice chairman Koo Bon-joon, who led LG Electronics for many years, effectively managed the conglomerate in his stead. South Korean prosecutors said this month they raided LG Group’s head office as part of a probe into alleged tax evasion by family members controlling the conglomerate. Analyst do not see a change at the helm being disruptive to the group’s business. “Although Koo passed away at a relatively early age, his son has been already in a senior position and I don’t think there will be a big change in governance structure or strategic decisions,” said Park Ju-gun, head of corporate analysis firm CEO Score. The company said Koo’s funeral would be held privately at the request of the family.