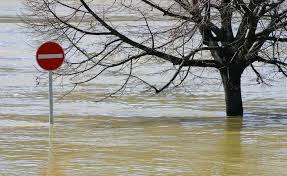 LONDON – Densely populated Southeast Asian island states such as Taiwan, Hong Kong, Japan and the Philippines are likely to face more intense climate events in future, analysts said on Thursday. These islands are especially vulnerable because of their large populations and because much of their land is exposed to storm surges and sea-level rises, according to research published by risk analysis group Verisk Maplecroft. Eight of the 10 cities most at risk from such events are in the Philippines, according to a study by the same firm last month, which said the country had "poor institutional and societal capacity to manage, respond and recover from natural hazard events". Typhoon Haiyan killed 6,300 people in the Philippines in 2013, and the country is battered by more than 20 typhoons each year. Nearly 20,000 people were killed by an earthquake and tsunami in Japan's main Honshu island in 2011. EL NINO AND LA NINA "While uncertain, climate change projections suggest that the typhoons may be less frequent in the region, but become more intense," the group's new report said. The weather events known as El Nino and La Nina exacerbate this, the study said. El Nino, the warming of Pacific Ocean surface temperatures which can cause drought in some parts of the world and flooding in others, and La Nina, an irregular event caused by cooling water temperatures, both threaten Southeast Asia, it said. Droughts in the "extreme risk" Philippines, as well as in Indonesia, are "strongly related" to El Nino, the report said, blaming La Nina for flooding in the Philippines as well as in Cambodia, Thailand and Vietnam. The study tried to quantify the risk of a country being hit by extreme climate events such as droughts, wildfires, storms and floods, as well as the dangers posed by changing temperatures and sea levels. China is "high risk" due to increased industrial, domestic and agricultural competition for water, and some northern parts of the country have already experienced reductions in rainfall, the study said. Outside Southeast Asia, Bangladesh also ranked high on the list of places at risk. Cyclone Sidr in 2007 killed around 3,500 people in Bangladesh, while Cyclone Aila in 2009 killed more than 300 in Bangladesh and around 150 in India. –Reuters