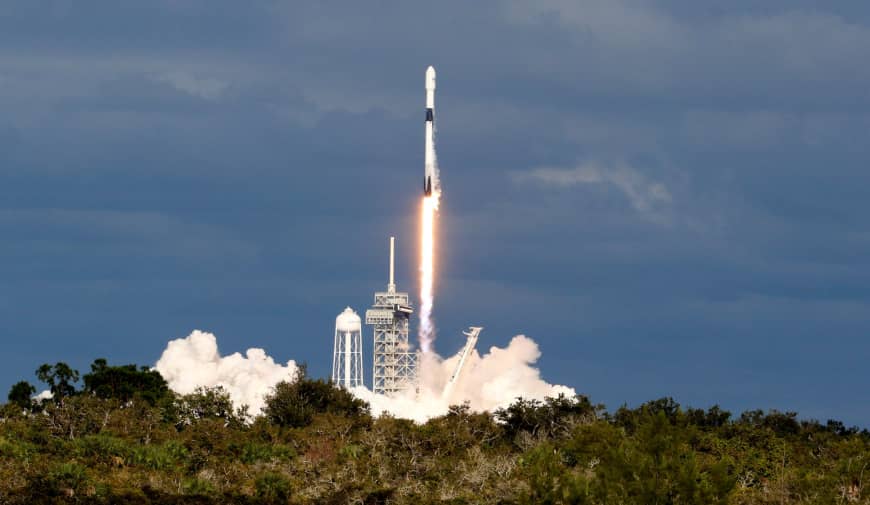 CALIFORNIA (Reuters) - Elon Musk’s SpaceX launched a Falcon 9 rocket from California  carrying 64 small satellites into low orbit around the Earth, which the company called the largest-ever “rideshare” mission by a US-based rocket. The mission, dubbed SSO-A, also marked the third voyage to space for the same Falcon 9 rocket - another milestone for SpaceX’s cost-cutting reusable rocket technology. The Falcon 9 blasted off from Vandenberg Air Force Base in California at 10:34 a.m. local time (18:34 GMT) carrying satellites from 34 different companies, government agencies, and universities, including the University of Illinois. SpaceX said the mission was “one of the most complex and intricate endeavors” for Seattle-based startup Spaceflight, the ride-share company that arranged passage for each satellite maker. The mission comes days after India fired a rocket carrying 31 satellites into space. After the launch, the Falcon 9’s first-stage booster returned to earth as planned, landing on a ship off the coast of southern California, according to a live video of the flight. However, the Falcon 9’s payload fairing - an enclosure that protected the satellites during launch - missed a landing net on the barge and ended up in the ocean. “Falcon fairing halves missed the net, but touched down softly in the water,” Musk, SpaceX’s chief executive officer, said on Twitter. He said the boat was moving to pick them up. “Plan is to dry them out & launch again. Nothing wrong with a little swim,” Musk, who is also the CEO of Tesla Inc , said on Twitter.