Spanish man dies after being swept away by floods 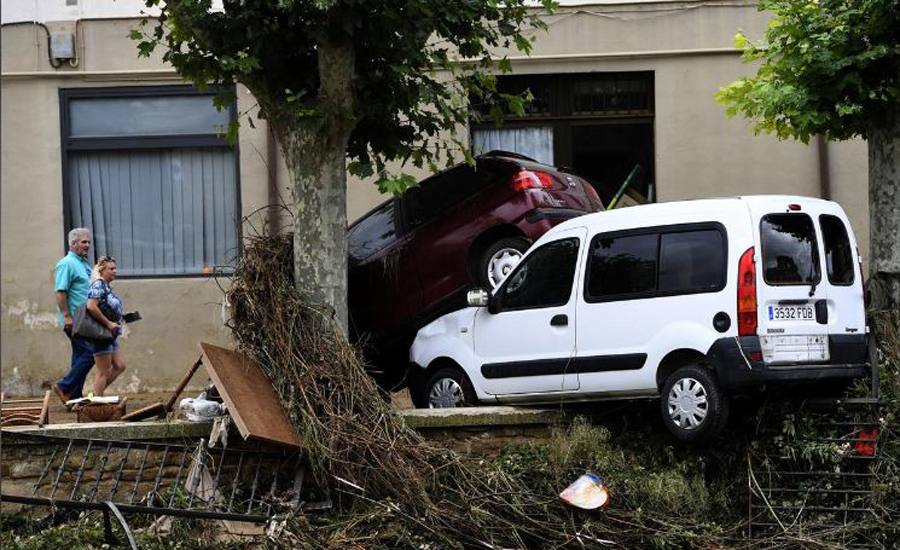 Spanish man dies after being swept away by floods

TAFALLA, Spain (Reuters) - One man’s body has been found after a river burst its banks during sudden, torrential rain in the northern Spanish region of Navarra on Monday night, the local government said. Footage showed the raging Cidacos river, which surged from 11 centimeters (4.3 inches) to over four meters in a few hours, spilling onto the streets and sweeping away anything that lay in its path. The storms in Navarra caught the regional government by surprise, with four times as much rain falling than originally forecast and coming just a week after a Europe-wide heat wave that caused two deaths in Spain. The government of Navarra recommended people stayed in their homes on Tuesday around the worst of the floods as heavy rains continued and surging waters smashed through major highways, dragging cars, tree branches and debris in its wake.