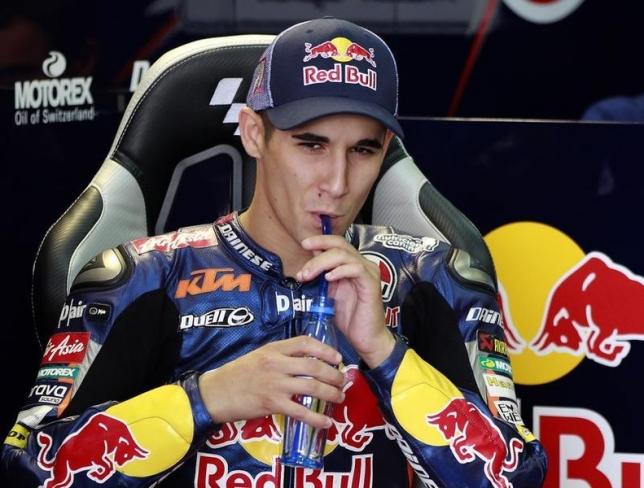 VALENCIA – Spanish Moto2 rider Luis Salom died in hospital on Friday after a crash during the second free practice session for the Catalunya Grand Prix, race organisers said. The 24-year-old Mallorcan fell at the high speed turn 12 of Barcelona's Circuit de Catalunya and was treated by the medical team before being taken by road to hospital where he underwent surgery. "It is with great sadness that we have to report the passing of Luis Salom," MotoGP organisers said in a statement. "He underwent surgery but despite the best efforts of the trauma team he passed away at 1655 local time. "Luis Salom will be remembered for his hard riding, his valiant Moto3 title challenges in 2012 and 2013 and his dedication to his family." It is the first fatality in motorcycle grand prix racing since Italian MotoGP rider Marco Simoncelli was killed in a crash in Malaysia in 2011. The last Moto2 rider to die at a race weekend was Japan's Shoya Tomizawa at Italy's Misano circuit in 2010. The Moto3 and Moto2 series, previously 125cc and 250cc, are stepping stones to MotoGP, the top flight of grand prix motorcycling which is dominated by Spanish and Italian riders. Organisers said after a meeting of the sport's safety commission that Sunday's race would go ahead but on a shorter revised layout, omitting turn 12, which is used for the Formula One race. EXTENDED PRACTICE Because of the change, Saturday practice will be extended to allow riders time to get used to it. Salom made his world championship debut in the then-125cc category in 2009 as a wildcard at the Spanish Grand Prix and claimed his first career victory at Indianapolis in 2012. He joined the Red Bull KTM Ajo team in 2013, winning four of the opening eight races, eventually finishing third in the championship -- his best season. This year he moved to the SAG team, riding a Kalex bike and finishing second in the opening round in Qatar. Teams and riders expressed their condolences with Spanish MotoGP rider Dani Pedrosa tweeting: "Heartbroken by the loss of a great friend ... we will always remember you". Compatriot Jorge Lorenzo, the reigning MotoGP world champion, said: "I'm broken. Without words and very sad". Spanish Prime Minister Mariano Rajoy also expressed his grief. "Saddened by the news," he said. "My condolences and affection to the family of Luis Salom, his team and Spanish sport." –Reuters