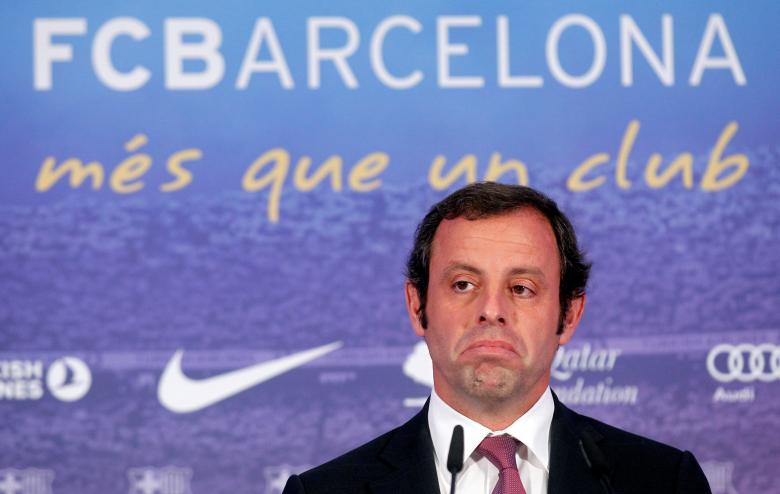 One other person was also arrested and police raided nine offices and homes in the operation in the north eastern region of Catalonia, they said.

The arrests form part of an investigation into audiovisual rights sales, a police source said, declining to give further details.