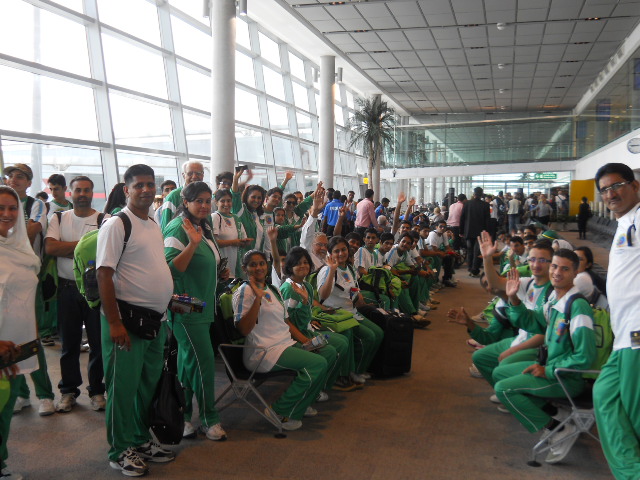 ISLAMABAD/LAHORE/KARACHI (92 News) – Pakistan’s Special Olympics athletes squad has arrived in three different flights in Islamabad, Lahore and Karachi, which secured 35 medals including 15 gold medals. The athletes were given warm welcome on their arrival at Lahore, Karachi and Islamabad airports. The athletes complained about not receiving their announced prize money after couple of months. Team manager Atfan Maqbool said that this was the 2ndsecond biggest win of the Street Football Team, adding that the players have worked hard despite difficulties to raise country’s name. He demanded the Sindh government to fulfill their promises made after success in Brazil. Special athletes said that they will work more hard in the future to raise country’s name. Officials said that despite the shortage of resources, the players have performed above expectations, adding that they would perform well if the government helps them.