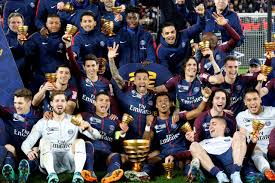 For many years, Manchester City played in the shadow of its more successful local rival, Manchester United, and struggled to stay in Britain’s top soccer league. Then, in 2008, Sheikh Mansour of the United Arab Emirates took control of Man City and began to transform it. With expensive new star players, the club went on to top the Premier League three times over the past decade. After the Financial Fair Play rules came into effect, UEFA began routine monitoring of clubs’ finances. It chose to look more closely at Man City as well as Paris St. Germain. According to the final preliminary view report by the investigatory chamber of UEFA’s Club Financial Control Body, Sheikh Mansour had “significant influence” over two of Man City’s Abu Dhabi sponsors. The report found that the amount being paid for those sponsorships was three times their market value. UEFA’s investigatory arm determined that Man City had made losses of 233 million euros during the two-year period ended in May 31, 2013, when the club made adjustments the investigators required, including judging key sponsorship contracts at market values determined by the experts, according to the chief investigator’s report. That was 188 million of losses more than was allowable under UEFA’s rules, the report said. As with Paris St. Germain, the report recommended that the Adjudicatory Chamber, a part of UEFA’s control body, should find Man City in breach of the rules and impose disciplinary measures, including a possible ban from competitions, unless the club reached a settlement with the investigators. Man City told UEFA investigators it rejected the claims that Abu Dhabi sponsors were related parties or that those sponsors were paying over the odds. The club said in an April 2014 response to UEFA investigators that it had complied with the rules and “adopted a good faith and correct interpretation of the regulations.” Infantino was involved in brokering a settlement. He arranged to meet the club’s CEO, Ferran Soriano, on May 8, 2014, for what Soriano described in an email as “a ‘secret’ meeting in London to try to agree the final deal.” Soriano did not respond to requests for comment. It’s not clear exactly what ensued. But subsequently, UEFA’s Club Financial Control Body rejected a proposed deal for being too generous to Man City.
Kenyan runners eye top prize at NYC marathon
“Unfortunately I’ve been informed that the investigatory chamber has come to the conclusion that the positions are still too distant for them to agree on a settlement agreement. I regret this a lot,” Infantino wrote to Man City chairman Khaldoon Al Mubarak on May 12, 2014. Nevertheless, four days later a deal was agreed. Man City did not get all it wanted. However, according to the final settlement agreement, UEFA’s Club Financial Control Body accepted that for 2014 and the following two years Man City could have sponsorship contracts with two Emirati sponsors at values totalling 26 million euros per year more than the “fair value” determined by the experts advising UEFA.