Spieth on fire, Day overcomes back injury for wins 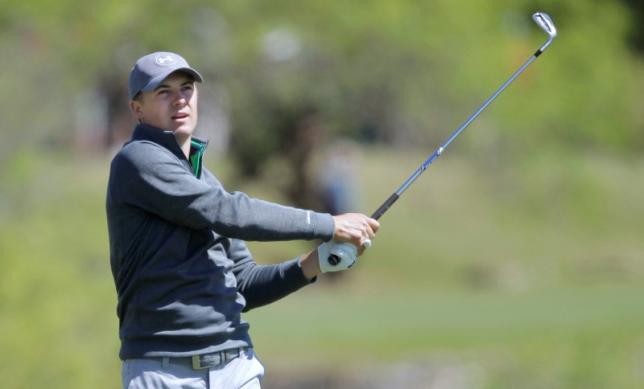 Spieth on fire, Day overcomes back injury for wins

NORTH CAROLINA - Jordan Spieth and Phil Mickelson won their respective matches at the WGC-Dell Match Play in Texas to retain perfect records in contrasting fashion, while Jason Day overcame a back injury to join them with a victory. On a day that also saw third seed Rory McIlroy win to improve to 2-0-0, world number one Spieth oozed confidence with the state of his game at Austin Country Club. "Very pleased to get today done with quickly," top seed Spieth told Golf Channel after dusting off Frenchman Victor Dubuisson 5&4. Spieth, who will defend his title at the Masters in two weeks, moved to 2-0-0 in the 64-man World Golf Championships event. Fellow American Mickelson, however, said he had played poorly and been lucky to beat compatriot Daniel Berger in a bizarre finish to their match. Five-times major champion Mickelson won 1-up when Berger conceded defeat after injuring his wrist when he struck a rock trying to play his second shot at the final hole. "We both struggled today," Mickelson said. "Fortunately I’ve got my instructor here and I’m going to get a little practice session in and try to get this right." Australian Day also remained perfect when he shrugged off back spasms that hit him after his tee shot at 15 on Wednesday to beat Thai Thongchai Jaidee 5&3. "Yesterday it was definitely sore. It’s a disc and when it gets inflamed, everything just kind of goes into spasm and I can’t really move," said Day, winner of the Bay Hill Invitational on Sunday. "I came out today not really knowing if I was going to play or not. Warmed up very nicely on the range and decided to give it a shot and came out and felt OK, but I was stretching pretty much every hole." Northern Irishman McIlroy beat American Smylie Kaufman 3&1 to keep pace. Every player contests three matches in his group in a round-robin format, with 16 players advancing to the knockout phase that starts on Saturday. Spieth has been slightly out-of-sorts recently, but he sounded a warning shot to anyone tempted to suggest that his magnificent 2015 season, which included two major victories and near-misses in the other two, was a flash in the pan. "My swing’s been coming around, working hard on it for the last month of so, really starting to show signs of that work this week," he said. "Been able to flight the ball nicely." Other players with perfect 2-0-0 records are Americans Patrick Reed, Zach Johnson, Bill Haas, Kevin Na and Brooks Koepka, South Africans Louis Oosthuizen and Charl Schwartzel, Englishman Andy Sullivan and Spaniard Rafa Cabrera Bello. -Reuters