Spin conundrum for New Zealand ahead of Sri Lanka challenge 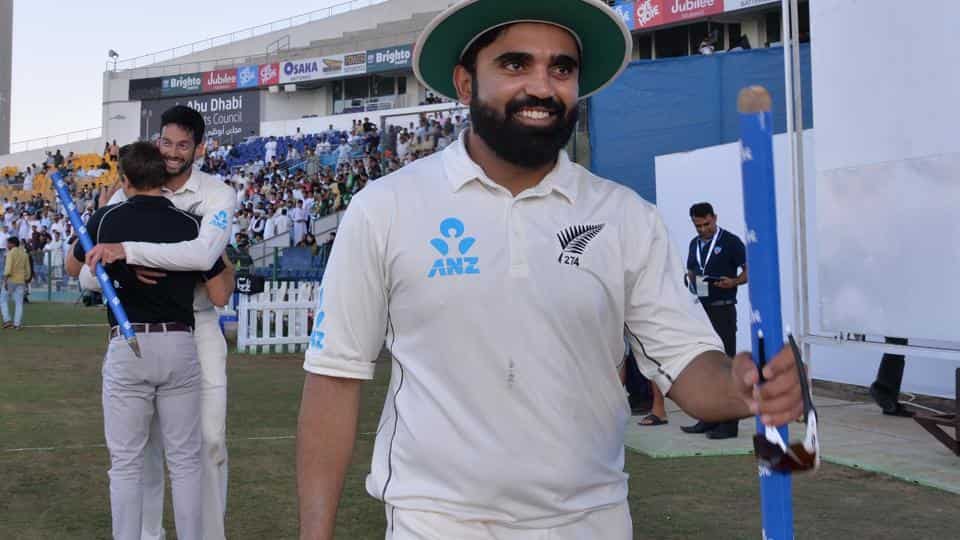 Spin conundrum for New Zealand ahead of Sri Lanka challenge

WELLINGTON (Reuters) - New Zealand cricket coach Gary Stead has a conundrum ahead of him as he mulls over the selection of a spinner for the first Test against Sri Lanka, with only one likely to be picked. Stead and his team returned to New Zealand on Sunday after wrapping up a rare away series victory against Pakistan in the United Arab Emirates and will rapidly move into preparations for their first Test against Sri Lanka next Saturday in Wellington. Unlike the spin-friendly conditions in the UAE, the Basin Reserve is likely to be more conducive to going with a three-pronged pace attack with Neil Wagner joining Trent Boult and Tim Southee with just a solitary spinner. New Zealand used two slow bowlers in each of the three Tests in the UAE, with left arm spinner Ajaz Patel and offspinner Will Somerville instrumental in the first and third Test victories. Legspinner Ish Sodhi also appeared in two of the matches. With Mitch Santner and Todd Astle both injured but likely to return this summer, Stead said the selection of a slow bowler would be difficult. “We’ll have to pick one - it’s hard and that’s a really good place to be in,” Stead told reporters at Auckland Airport on Sunday. “You look at the likes of Mitch Santner and Todd Astle who are both out as well, and then we’ve had three spinners on this tour with Ish, Ajaz and Will. “It’s a good place to be in, it’s not easy, but there will be one that’s selected.” Stead said he would name his squad on Monday for the first of the two matches, which if New Zealand win 2-0 can vault them to number two in the world Test rankings. The former top-order batsman, however, said rankings would not be motivation for the side. “I don’t think there will be any need for motivation,” Stead said. “It’s the start of our home summer and we want to do well at home and do well for our fans. “We have a very good Test record at home that we’ll want to maintain and grow.” Even with a good home record, Stead expected his side to show the same kind of fortitude they had against Pakistan, where at times Sarfraz Ahmed’s team had the upper hand and had they capitalised could have won the series 3-0. “The whole tour ... were close games, we always knew they were going to be like that,” Stead said. “I’m really, really proud of the way the guys played the whole tour, and ... it just shows that they’re strong in character. They have a never say die attitude, and that’s really important. “As Kiwis, we admire those things as well.”