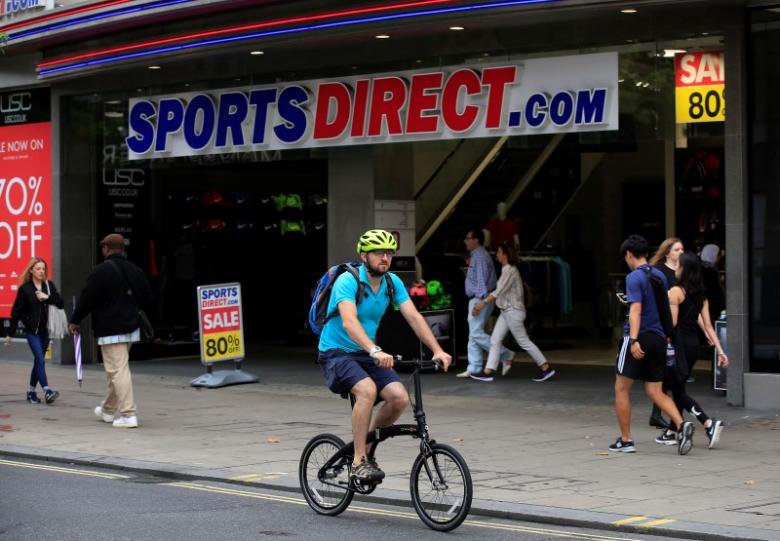 LONDON - Britain's Sports Direct said on Tuesday it would offer directly employed shop workers the option of switching from so-called "zero hours" contracts to ones with a guaranteed minimum amount of work, as part of a drive to improve working practices. The announcement came after the retailer published the results of an independent review that identified "serious shortcomings" in practices at its warehouse in Shirebrook, central England, where it employs thousands of agency workers. The company, founded and controlled by billionaire Mike Ashley, apologised for the shortcomings and said it was already taking steps to make improvements and would act on other recommendations. It also said it would engage with shareholders to improve its corporate governance. Sports Direct has come under fire from politicians and unions for effectively paying workers less than the minimum wage at Shirebrook and for widespread use of "zero hours" contracts in shops, where staff do not know how much work they will get. Lawmakers in July said the company treated workers at Shirebrook "as commodities rather than human beings", with working practices closer to "that of a Victorian warehouse than that of a modern high street retailer". The review requested by the retailer's board and undertaken by legal advisers RPC recommended changes to clocking on procedures and security checks at Shirebrook, and the suspension of a "six strikes" policy used to control discipline. Changes would also be made to clothing policies for employees and the use of the tannoy in the warehouse to instruct staff, it said. The shortcomings identified in the report could pile more pressure on Sports Direct's board, including its chairman Keith Hellawell, at the firm's annual general meeting on Wednesday. A number of investors, including Legal & General, have said they will oppose Hellawell's re-election. -Reuters