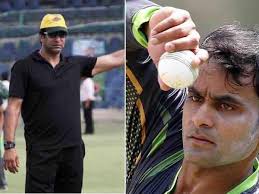 ISLAMABAD (92 News) – Just a day before the polls, sportsmen have taken to social media to urge people to cast their vote. In a video message, Pakistan cricket team Captain Sarfraz Ahmed urged the nation to vote for people who deserve a seat in the assembly. Former captain Mohammad Hafeez said that it is our national duty to vote for the person that has the best interest for the country at heart. "Vote for the political party which you believe will work towards the betterment of the country," the all-rounder stressed. In his message, cricket legend Wasim Akram said, “It is time to change Pakistan and to change the country. It is time to vote for Imran Khan.” Test opener Shoaib Malik also echoed Akram’s words and urged the nation to vote for "change" and to "think before voting".