Spotify nears deal to raise $400 million, valuing it at $8.4 billion 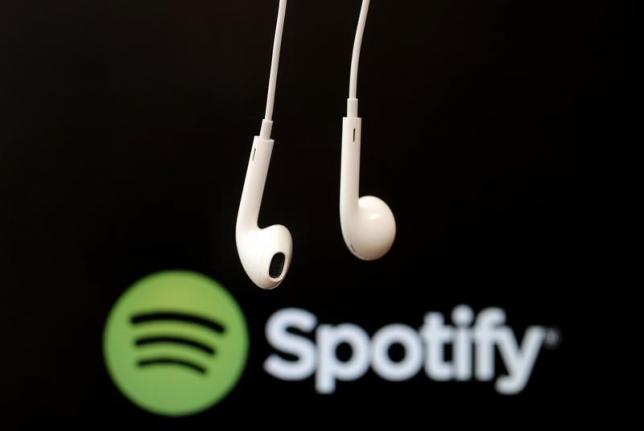 Spotify nears deal to raise $400 million, valuing it at $8.4 billion

CALIFORNIA - Spotify AB is nearing a deal to raise $400 million, valuing the music streaming service provider at $8.4 billion, the Wall Street Journal reported, citing people familiar with the matter. The terms of the funding, Spotify's seventh, have been set and is expected to close in the coming weeks, one of the people told the Journal. Goldman Sachs Group Inc (GS.N) and Abu Dhabi's sovereign wealth fund have agreed to invest in the round and Spotify has also held talks with asset managers and venture-capital firms, the Journal said, citing sources. Spotify and Goldman Sachs could not immediately be reached for comment. Spotify was valued at more than $5 billion in September, according to filings by GSV Capital Corp, a private investment fund that owns the shares, the Journal said. As of Friday's close, Pandora Media Inc (P.N) has a market capitalisation of $3.6 billion. The Journal had reported in January that Spotify was working with Goldman Sachs for a private fundraising, which could likely put off an initial public offering for a year. Spotify, which had 15 million subscribers and 60 million active users at the end of 2014, raised speculation of an IPO in August after re-advertising a job for a regulatory filings expert. The company, founded in 2006 by Daniel Ek and Martin Lorentzon, streams music for free and provides the service ad-free for paying customers. - Reuters