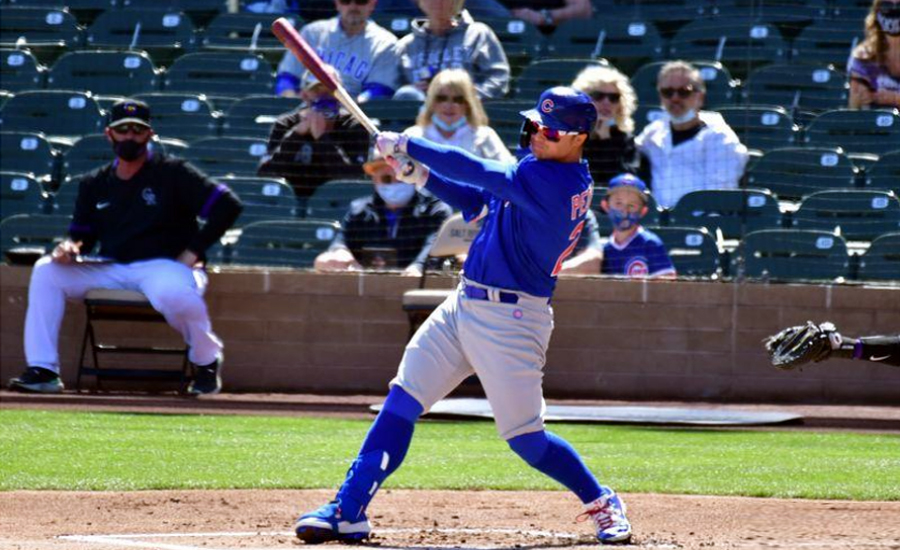 LONDON (Reuters) – Joc Pederson hit two home runs to give him five on the spring as the Chicago Cubs earned an 8-6 victory over the Colorado Rockies on Wednesday at Scottsdale, Ariz.

A free-agent addition in the offseason, Pederson is now batting .529 this spring with a whopping 2.071 OPS. Javier Baez also hit a home run for the Cubs.

Dom Nunez had a home run for the Rockies, while Josh Fuentes had three hits, including his third double of the spring.

Will Craig hit a home run in a two-run seventh inning as Pittsburgh went ahead and earned the victory over Baltimore at Bradenton, Fla. Ryan Mountcastle drove in two runs for the Orioles.

Marwin Gonzalez hit two home runs, including a three-run shot in a four-run fifth inning, and Boston held on for the victory over Minnesota at Fort Myers, Fla. Alex Kirilloff and Drew Maggi hit home runs for the Twins.

Gerrit Cole gave up one run over three innings and Aaron Hicks had a home run and a double as New York topped Philadelphia at Clearwater, Fla. Andrew McCutchen had two hits and an RBI for the Phillies.

Jorge Mateo’s sacrifice fly in the bottom of the ninth inning gave San Diego the victory over Cleveland at Peoria, Ariz. Wil Myers and Eric Hosmer hit home runs for the Padres. Shane Bieber gave up one run over three innings for the Indians.

Mike Trout hit his first home run of the spring and Dexter Fowler also went deep as Los Angeles earned the victory over San Francisco at Tempe, Ariz. Will Wilson had a three-run double for the Giants.

Salvador Perez hit a two-run home run as Kansas City scored all of its runs in the opening three innings and defeated Milwaukee at Phoenix. Manny Pina hit a home run for the Brewers.