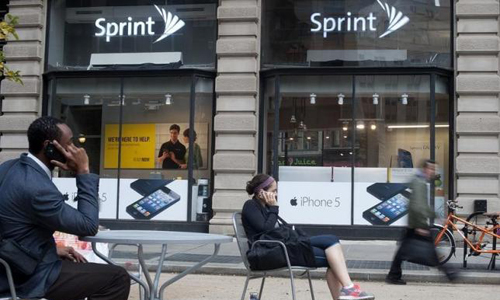 NEW YORK - Sprint Corp (S.N) has agreed to a $131 million settlement of a class-action lawsuit accusing the third-largest US wireless carrier of defrauding investors about problems dating back to its $36 billion merger with Nextel Communications Inc in 2005. The all-cash settlement made public on Monday resolves claims that Sprint, former Chief Executive Gary Forsee and other officials fraudulently inflated the company's stock and bond prices between October 2006 and February 2008. Investors said the defendants falsely touted that Sprint was receiving billions of dollars of benefits from the merger and improving its subscriber base by tightening credit standards. Instead, investors said Sprint was struggling to integrate its cellular networks and was losing hundreds of thousands of subscribers, culminating in a $29.7 billion goodwill writedown in February 2008. All of the defendants denied liability in agreeing to settle the 6-year-old lawsuit, according to settlement papers filed with the federal court in Wichita, Kansas. The preliminary accord requires court approval. Sprint spokeswoman Stephanie Vinge said the Overland Park, Kansas-based company settled to avoid the cost and distraction of litigation. "Sprint has and will continue to operate in complete adherence with all federal securities laws," she added. Japan's SoftBank Corp (9984.T) now owns 80 percent of Sprint. The lead plaintiffs are the United Steelworkers' Pace Industry Union-Management Pension Fund, Skandia Life Insurance Co and the West Virginia Investment Management Board. Their lawyers, led by Robbins Geller Rudman & Dowd and Motley Rice, said the payout represented 12.1 percent of the estimated $1.079 billion of damages, a percentage they called "very large." Tor Gronborg, a Robbins Geller partner, declined to comment. The plaintiffs' lawyers plan to seek legal fees of up to 22 percent of the settlement, plus up to $4 million for expenses, court papers show. Shares of Sprint were down 1.1 percent at $4.70 in afternoon trading. Its market value was about $18.8 billion at Monday's close. The company has in recent months offered discounts to entice prospective subscribers to switch carriers. Its rivals include AT&T Corp (T.N) and Verizon Communications Inc (VZ.N). The case is Bennett et al v. Sprint Nextel Corp et al, US District Court, District of Kansas, No. 09-02122. - REUTERS