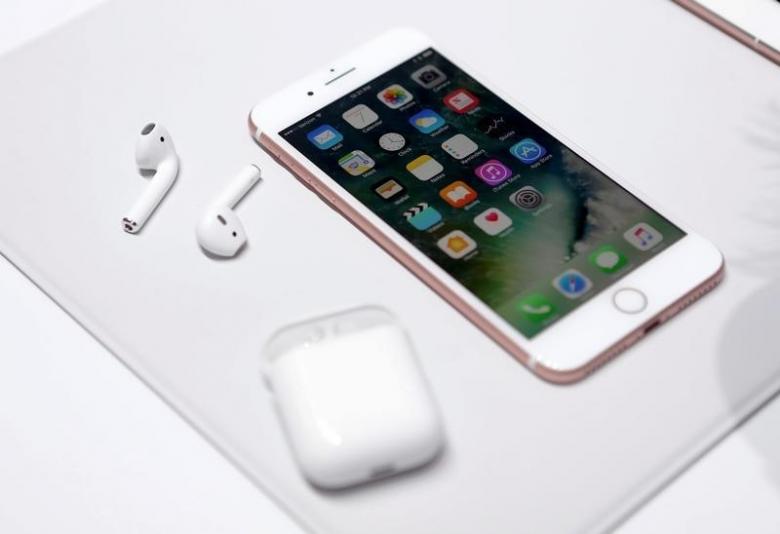 SAN FRANCISCO - US wireless carriers Sprint Corp and T-Mobile US Inc said they received strong pre-orders for Apple Inc's iPhone 7, sending shares of the world's most valuable listed company up 3 percent. Sprint said pre-orders were up nearly four times, compared to last year. Pre-orders also rose nearly four times at T-Mobile, compared with its next most popular iPhone. However, the companies did not disclose specific sales numbers. Pre-orders started on Friday. Details about sales of the new iPhone are scarce after Apple announced last week it would not release weekend sales data, saying the number was more a reflection of supply than demand. "While the iPhone 7 update is more revolutionary than evolutionary, we believe investors could consider these strong early pre-order indications as being reflective of the impact of Apple's significant iPhone installed base expansion over the past few years," Stifel analyst Aaron Rakers said in a note. Rival carriers AT&T Inc and Verizon Communications Inc were not immediately available for comment. Apple's shares were up 2.8 percent at $108.19 in morning trading. Up to Monday's close, they had fallen 2.1 percent since the iPhone 7 was launched on Wednesday. -Reuters