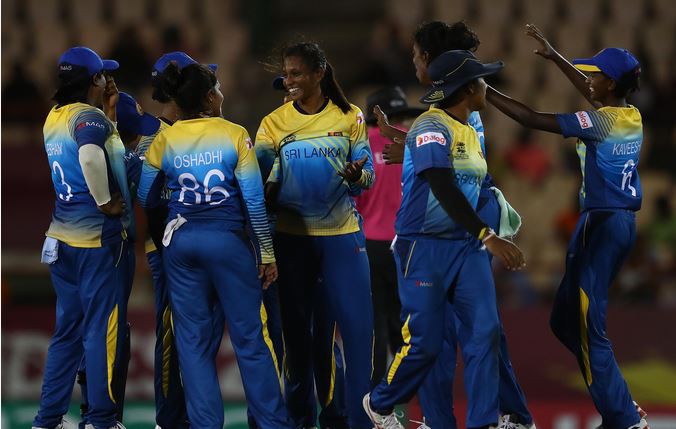 CASTRIES (Web Desk) – Sri Lanka struggled against the Bangladesh bowling attack to post just 97/7 in their 20 overs, but came back strongly through their pacers to complete a 25-run win in Match 11 of the ICC Women's World T20 2018.

Bowling first at the Daren Sammy National Cricket Stadium in St Lucia on Wednesday, 14 November, Bangladesh kept it tight in the Powerplay. Jahanara Alam picked up a wicket in the very first ball with a peach, and came back later to dismiss the experienced Shashikala Siriwardene to finish with figures of 3/21. Siriwardene looked the most comfortable of the Sri Lankan batters, showing intent and top scoring with 31 off 33, while Nilakshi de Silva's cameo at the end took their total just short of three figures. Sri Lanka's pacers responded fiercely. Bangladesh too lost a wicket in the first ball, although a review might have saved them, as Udeshika Prabodani began proceedings with a double-wicket maiden. The batters just couldn't break free and half the side was back in the hut for 36. Seven Sri Lankan players took the ball, and six finished with at least a wicket. Bangladesh, who have lost all three of their games so far, play South Africa in their last game of the group stage. Sri Lanka next play the Windies on 16 November.