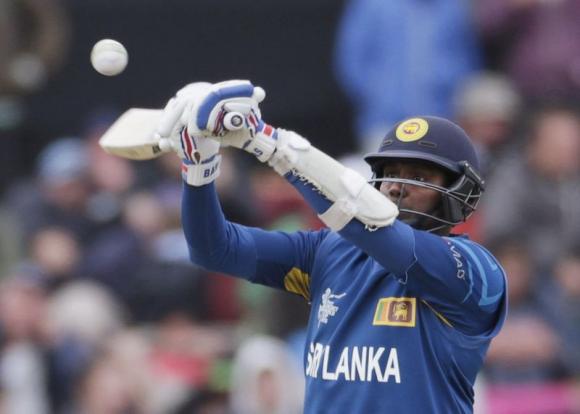 WELLINGTON (Reuters) - For a country that won the World Cup in 1996 and played in the last two finals, Sri Lanka have done a great job convincing everyone they have no chance of winning this time. Their heavy loss to New Zealand in the opening match of the tournament only added weight to the theory they were a team past their best. But not everyone is convinced Sri Lanka are a spent force, least of all their captain Angelo Mathews, who is relishing the chance of leading a team that won last year's Twenty20 World Cup but seems to be flying under the radar. "As I said before the tournament, we are happy to walk into the tournament as underdogs," Mathews said. "Not many people expect us to win but we know and we believe in ourselves that we can do it. The hunger is there... and the team certainly believes that we can do it." Sri Lanka have had eight long days to reflect on their loss to New Zealand and plan to take out their frustrations on Afghanistan, who they play in Dunedin on Sunday. The match looms as a classic David versus Goliath battle with the Sri Lankans expected to dominate an Afghanistan team that defied the odds just to qualify for the World Cup but were given a harsh reminder of the challenge they face when they were thrashed by Bangladesh in their first match. Even so, Sri Lanka are not taking any chances. They not only need a win to restore their confidence but with run rates possibly coming into play later in the tournament, they need to be ruthless. "Whether you play Afghanistan or Australia, every game is important, so we'll take every single game very seriously and play the best 11 possible on that day," Mathews said. Resisting the temptation to rest some of his key players, Mathews is expecting a much better performance from a team who had spent the past week working on their fielding and talking about the importance of preserving wickets to build a big total. "We are going to play three games in seven days and that's going to be a quick turnaround for us, so hopefully we can get the momentum from tomorrow," Mathews said. That spells bad news for Afghanistan, the fairytale team of the competition, but their players have got a different goal, to be competitive in every game they play. "We'll be trying to do our best against all full member nations to play positive cricket and have a good fight," Afghanistan pace bowler Mirwais Ashraf said.