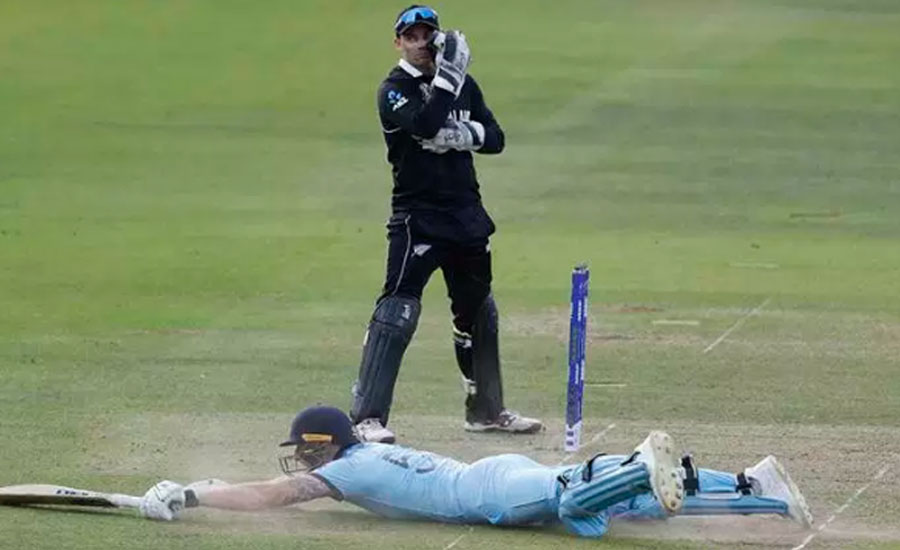 LONDON (92 News) – Sri Lankan umpire Kumar Dharmasena confessed that there was a judgemental error as England were awarded six runs from an overthrow. However, he also said that he will never regret the decision, which turned out to be a turning point in the match. It is pertinent to mention here that during the final of the recently-concluded ICC World Cup, onfield umpire Dharmasena awarded the hosts six runs after a throw by Martin Guptill deflected off Ben Stokes’ bat and went to the boundary. The incident proved to be a turning point in the summit clash as both the teams ended on level terms after the regulation 50 overs pushing the match in Super Overs. However, both the sides scored 15 in the Super Over and England were declared as world champions on the basis of boundaries. Justifying his error, Dharmsena during was quoted by “Sunday Times” as saying,” It’s easy for people to comment after seeing TV replays. I agree that there was a judgment error when I see it on TV replays now. But we did not have the luxury of TV replays at the ground and I will never regret the decision I made. Besides, the ICC praised me for the decision I made at that time.” The umpire also added that as per the rule book, there are no provision to consult the third umpire on the incident. “There is no provision in the law to refer this to the third umpire as no dismissal was involved. So, I did consult the leg umpire through the communication system which is heard by all other umpires and the match referee. And, while they cannot check TV replays, they all confirmed that the batsmen have completed the run. This is when I made my decision.” Former international umpire Simon Taufel was the first person to question Dharmasena’s decision and soon Indian umpire Krishna Hariharan joined the chorus. Law 19.8 of the ICC rules, pertaining to ‘Overthrow or wilful act of fielder’, states: “If the boundary results from an overthrow or from the willful act of a fielder, the runs scored shall be any runs for penalties awarded to either side, and the allowance for the boundary, and the runs completed by the batsmen, together with the run in progress if they had already crossed at the instant of the throw or act.” The Sri Lankan further stated, “One must understand that there were too many things on our plate. We had to watch the batsmen complete the first run, the ball being fielded, how it was handled by the fielder and whether the batsmen completed the second run. And where the throw would come from, the striker’s end or non-striker’s end.” “In this case, we were all happy that the batsmen had completed the second run because the ball ricocheted off Stokes’s bat at the time of him completing the second run. So, we assumed that they had crossed each other at the time of fielder releasing the ball,” Dharmasea added.