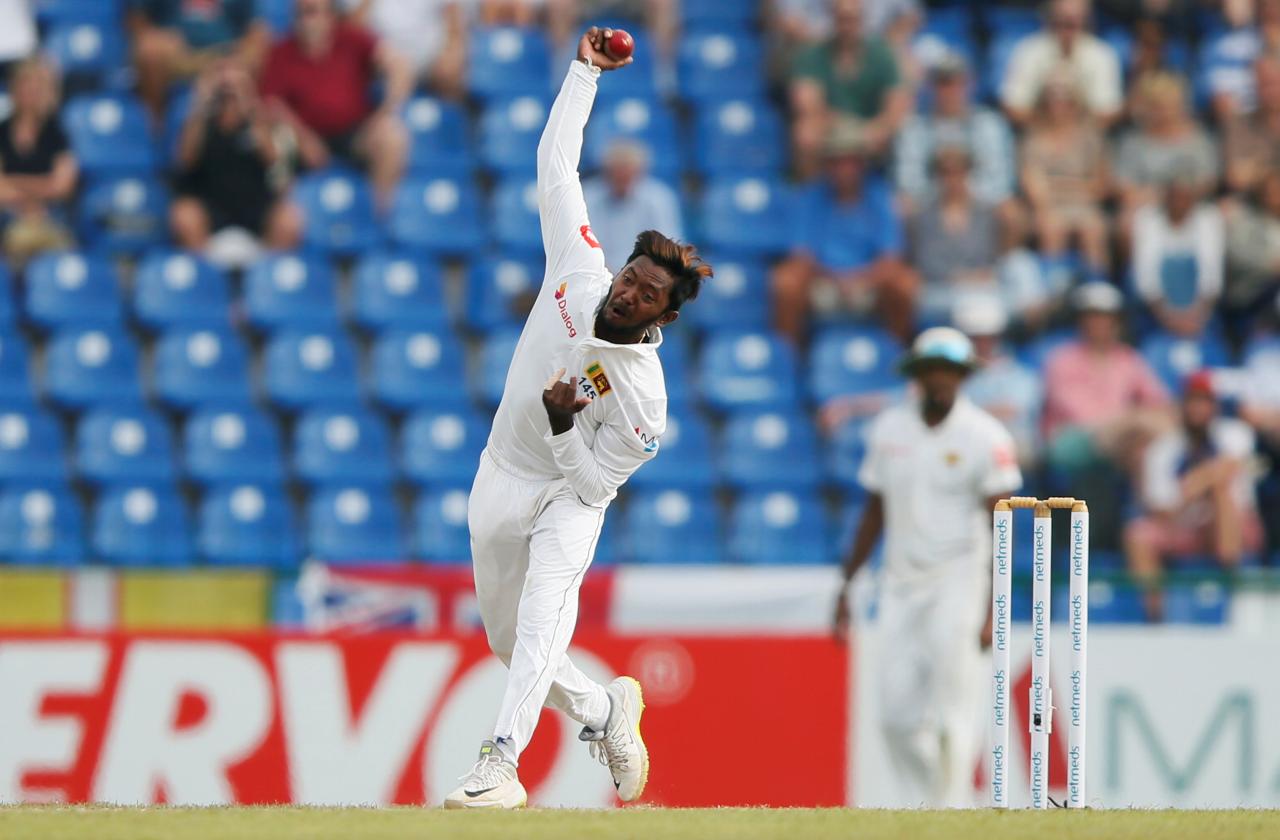 COLOMBO (Reuters) - Sri Lanka spinner Akila Dananjaya has been suspended from bowling in international cricket with immediate effect after an independent committee found his bowling action to be illegal, the International Cricket Council (ICC) said on Monday. Dananjaya was reported for a suspect action following Sri Lanka’s first test against England in Galle last month. The 25-year-old’s bowling action was assessed on Nov. 23 at the National Cricket Centre in Brisbane, where the straightening of his elbow during deliveries was found to exceed the 15-degree tolerance limit. Dananjaya’s international suspension will also be recognised and enforced by all national cricket federations for domestic cricket events played in their own jurisdiction, the ICC said. However, Dananjaya may be able to bowl in domestic cricket events played under the auspices of Sri Lanka Cricket. He will now undergo remedial work on his action and will be allowed to resume bowling in international cricket if his modified action passes the 15-degree rule. Dananjaya has claimed 27 wickets in five tests for Sri Lanka since making his debut against Bangladesh in February. He has also bagged 46 wickets in 30 one-day internationals and 14 wickets in 16 Twenty20 internationals.