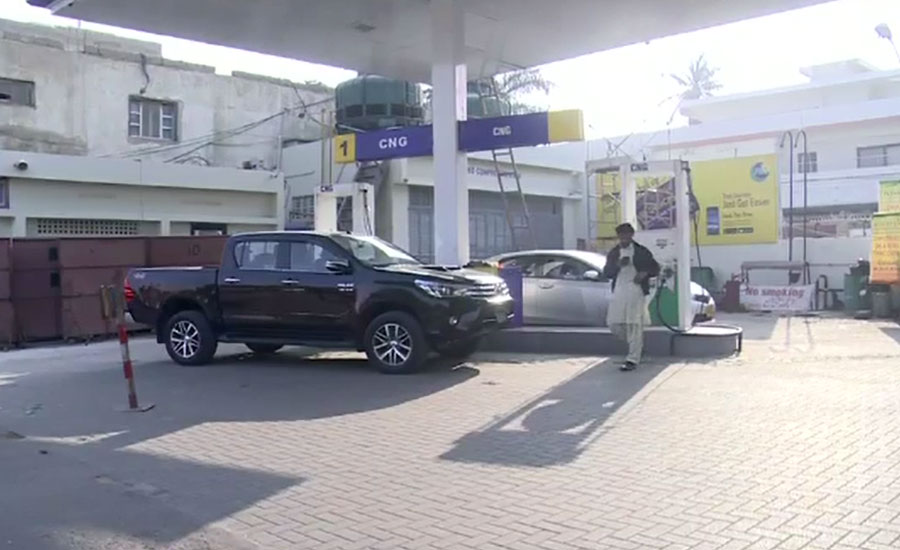 KARACHI (92 News) – Sui Southern Gas Company (SSGC) on Thursday has decided that the Compressed Natural Gas (CNG) stations will remain closed in Sindh for further 24 hours. A SSGC spokesperson said that the decision has been taken owing to shortage of gas, adding that they were facing difficulties to meet the gas demand of domestic consumers. He said that the SSGC’s management is closely monitoring the situation and added that the gas supply to the filling stations will be resumed after getting the required pressure and amount of gas for distribution. Earlier on December 25, All Pakistan Compressed Natural Gas Association (APCNGA) had announced to defy the Sui Southern Gas Company (SSGC) orders to shutdown the fuel stations in the Sindh province. Earlier, the gas crisis has worsened due to the cold spells as Sui Northern Gas Pipeline Limited (SNGPL) suspended gas supply to industrial and CNG sectors in Punjab immediately including Lahore and Faislaabad. In the wake of increasing gas consumption of domestic sector due to the current cold wave in the country, SNGPL has decided to temporarily discontinue gas supply to Punjab industry and CNG sector. The halted gas supply to general industry — fertiliser, manufacturing and compressed natural gas sectors — to meet energy needs of around six million domestic consumers in Punjab. The SNGPL spokeswoman said that the decision has been taken on temporary basis owing to the current situation. “Supply to general industries and CNG sector will be restored as soon as the situation gets normal,” he added. “We have lost another 150 MMCF from our pack during last 24 hours. Current pack has now gone below 3800 MMCF which is detrimental for the smooth operation of our transmission and distribution system,” SNGPL said in a letter to Secretary Petroleum Division. Hence, immediate intervention is required to stabilize the system or we risk system collapse which may take longer time for recovery besides non supply of gas to vast areas especially tail end areas throughout our area of franchise, the letter added.