LAHORE (92 News) – Senior Superintendent of Police (SSP) Kamran Yousaf Malik and his driver died in a road accident on Motorway-2 near Sial Morr Sargodha on Wednesday. Police said the officer was heading to Islamabad from Lahore at the time of the incident. Malik, who belonged to 26th Common of Police Service of Pakistan, was posted at the Central Police Office (CPO) and was discharging his duty as Assistant Inspector General (AIG) Research & Development. Sources in the Punjab police told Channel 92 that Malik was going to Islamabad by an official vehicle when his driver dozed during driving and the vehicle rammed into a trailer moving ahead of them. 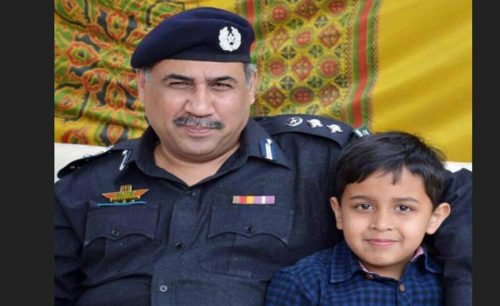 Rescuers and Motorways police responded to the scene, retrieved the victims from the vehicle destroyed badly from front. Police sources said the officer and his police driver identified as Ashar both were pronounced dead on the scene. Chief Minister Punjab Sradar Usman Bozdar expressed deep sense of shock and grief over the tragic death of the senior police officer and his driver, extending condolences with the bereaved families.

Japan's Kaji, the 'godfather of Sudoku,' dies at 69