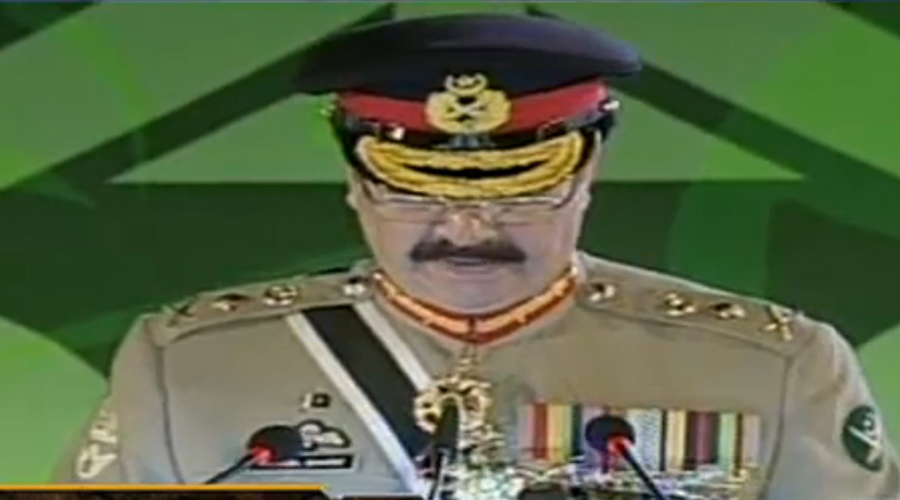 RAWALPINDI (92 News) – Chief of Army Staff General Raheel Sharif ha said that all stakeholders will have to play their role for durable peace in the country. Addressing a ceremony at GHQ on Tuesday, he said: “I want to clarify our enemies that the country was earlier strong and today it is invincible.” He said that implementation of the National Action Plan (NAP) in letter and spirit is mandatory for durable peace. “The repatriation of IDPs/TDPs will conclude soon. We are looking the solution to our problems,” he said. The COAS said that they would have to remove hurdles in laws and justice for eliminating terrorism. “I want to clear our enemies that our defence is invincible,” he maintained. “We will not let the sacrifices our martyrs go waste.” General Raheel Sharif said that the Zarb-e-Azb is the war of survival of the motherland. He was of the view some circles were trying to create mistrust against security agencies. “We are playing a role for peace in Afghanistan.” The COAS said that the government’s writ had been established in every nook and corner of the country. “A few years ago, terrorist acts were committed daily. But today the national flag is waving everywhere in the country,” he maintained. 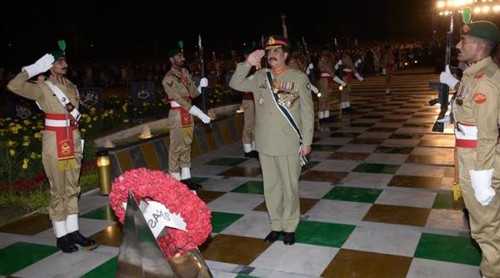 He said that terrorism had been controlled through over 19,000 operations. Earlier, he laid a floral wreath at the Yadgar-e-Shuhda. A large number of federal ministers, foreign diplomats, in-service and retired officers and heirs of martyrs participated in the ceremony. Singers also recited the national songs.