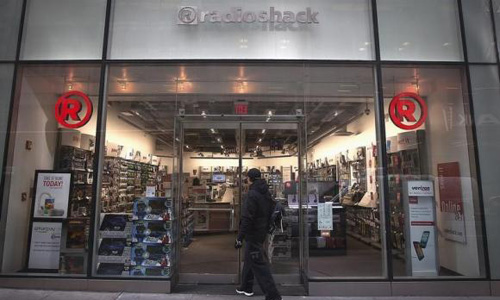 NEW YORK - Hedge fund Standard General has raised its bid to buy about 1,740 stores of bankrupt electronics retailer RadioShack Corp RSHCQ.PK in a court-supervised auction, according to people familiar with the process, which entered its second day on Tuesday. Standard General, which would operate most of the stores in conjunction with Sprint Corp (S.N), increased its initial $145 million bid by at least $20 million, according to one of the sources. It also committed to keeping some 7,500 RadioShack jobs, the source said. Liquidators who proposed closing the stores and selling the inventory and fixtures also made a bid. The result of the private auction, taking place at the New York offices of the Jones Day law firm, must be approved by the U.S. Bankruptcy Court in Wilmington, Delaware. A hearing has been scheduled for Thursday at 9:30 a.m. Standard General partner David Glazek declined to comment, and a RadioShack spokeswoman did not immediately respond. RadioShack's auction was complicated by disputes among creditors about how Standard General was paying for its bid, according to two people familiar with auction. The hedge fund provided RadioShack with a $535 million financing package last year to get the company through the year-end retail season. Much of the hedge fund's bid took the form a "credit bid" - a pledge to forgive some what it is owed. Other RadioShack creditors have asked Judge Brendan Shannon to cap Standard General's credit bid at $111 million. RadioShack entered Chapter 11 bankruptcy in February with more than 4,000 stores. Video game retailer GameStop Corp plans to buy up to 163, but that still leaves more than 2,000 that will close by the end of March. Founded in 1921, the chain was once the go-to retailer for electronics, but became increasingly irrelevant in the digital age. RadioShack shares, which have been delisted from the New York Stock Exchange, rose 1 cent to 12.5 cents. Shareholders are unlikely to receive anything in the bankruptcy. The case is In Re: RadioShack Corp, U.S. Bankruptcy Court, District of Delaware, No. 15-10197. - REUTERS