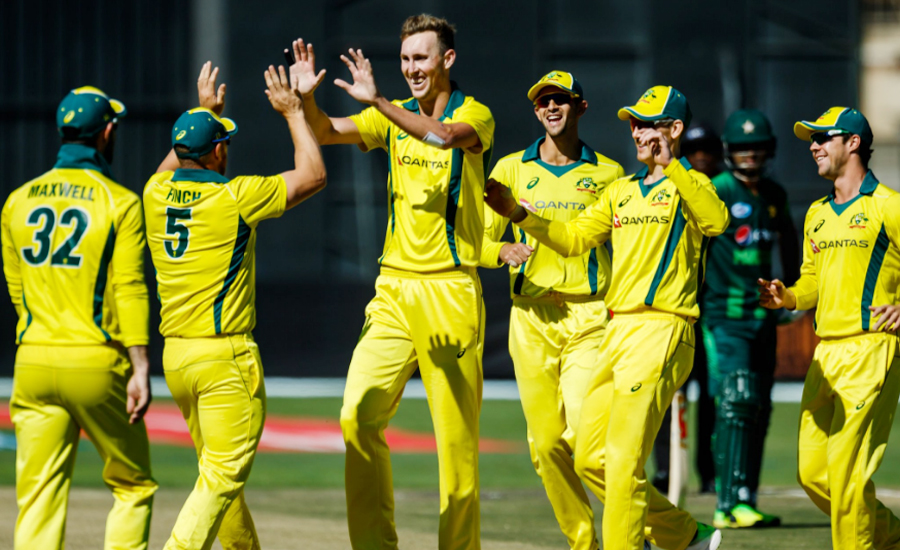 HARARE, Zimbabwe – Billy Stanlake and Aaron Finch put Australia’s troubled tour of England behind them and got the new-look team back to winning ways in their tri-series opener in Zimbabwe. The duo starred in an easy nine-wicket win over Pakistan in Harare on Monday, 2 July. Having kept the opposition to 116 in 19.5 overs, Australia completed an emphatic chase in just 10.5 overs for their first win under coach Justin Langer. Stanlake ran through the top order in a fiery opening spell for incredible figures of 4/8. Finch, the captain, then capped off a good day on the field, which saw him pouch three catches off Stanlake, with a blistering 68* off 33 balls. After Australia put their opponents in, Stanlake bowled an unbroken spell with the new ball, putting his height and pace, and the bounce and carry on offer, to good use. He struck in his first over, getting Mohammad Hafeez to edge to Finch at slip. It set the template for the batsmen to follow, with all of Fakhar Zaman, Hussain Talat and captain Sarfraz Ahmed struggling against the short ball and either edging to Finch in the slip region or behind to the wicket-keeper. Pakistan made just 23 in the Powerplay, and were firmly on the back foot. Asif Ali (22), Shadab Khan (29) and Fahim Ashraf (21) in the middle order swung their bats, striking four sixes between them. It pushed the total into three figures, but with Andrew Tye striking at the death for three wickets, they finished below par. Any hopes of defending 117 were swept aside early enough with Finch going on the attack with two sixes over long-on off Mohammad Nawaz in the second over. D’Arcy Short (15) played a good supporting act, crunching three consecutive fours off Usman Khan before he mistimed a Hasan Ali delivery. But there was no keeping Finch quiet. The team fifty was up inside five overs, and the captain himself brought up his half-century off 27 balls. He would finish with four fours and six sixes. The last of those, a six and a four, neatly tied up the chase. It ended Pakistan’s misery on the field, and gave a beleaguered Australia, who are challenging the Asian side for the No.1 ranking in T20Is, something to smile about.