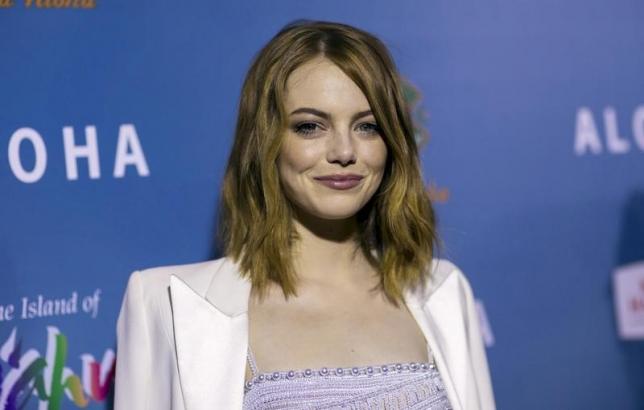 ROME - The Venice Film Festival revealed a star-filled line-up for its 73rd annual edition, featuring top Hollywood names and auteur directors in a wide selection of US and international movies. The world's oldest film festival will open with Damien Chazelle's "La La Land", starring Emma Stone and Ryan Gosling in a musical romantic comedy-drama about a jazz pianist who falls in love with an aspiring actress in Los Angeles. In competition for the top prize are 20 films, including Ana Lily Amirpour's "The Bad Batch", a black comedy about cannibals in a Texas wasteland, and fashion designer Tom Ford's thriller "Nocturnal Animals", featuring Jake Gyllenhaal and Amy Adams. Serbian director Emir Kusturica will be also be vying for the Golden Lion award with his "Na Mlijecnom Putu" (On the Milky Road), featuring himself and Monica Bellucci in a story that stretches through war, love and living as a reclusive monk. Other films in the main line-up include German director Wim Wenders' "Les Beaux Jours d'Aranjuez", Canadian filmmaker Denis Villeneuve's "Arrival", Dutch director Martin Koolhoven's "Brimstone" and Russia's Andrei Konchalovsky with "Rai" (Paradise). Pablo Larrain's biopic "Jackie" starring Natalie Portman as first lady Jacqueline Kennedy in the aftermath of her husband's assassination was added to the competition at the last minute. The festival's artistic direct Alberto Barbera said that this year's films spoke about universal themes but took a more subtle and less graphic approach to depict day-to-day life, violence and poverty than in previous editions. "The great themes, philosophical and existential questions...this time are approached with film-makers taking a distance from the brutality of reality," he told a press conference announcing the line-up. "So there are no more scenes of everyday life or footage of today's wars, but the great themes are still there. It is not an escape from the contemporary world, it is used as a way to reflect on today's world in a different way." The first two episodes of Paolo Sorrentino's hotly anticipated mini TV series "The Young Pope", featuring Jude Law as a cigarette-smoking American pontiff Pius XIII, will screen in an out-of-competition section. Mel Gibson's "Hacksaw Ridge", based on the true story of a World War II army medic who refused to bear arms, but later received the Medal of Honor for saving many of his comrades, will also screen out of competition, alongside Philippe Falardeau's boxer movie "The Bleeder" with Naomi Watts. The festival will close with Antoine Fuqua's "The Magnificent Seven", showing Denzel Washington in a modern remake of the classic about hired guns in the Old West protecting a town from thieves. British director Sam Mendes, known for James Bond movies "Skyfall" and "Spectre" heads this year's jury. The festival runs from Aug. 31 to Sept. 10. -Reuters