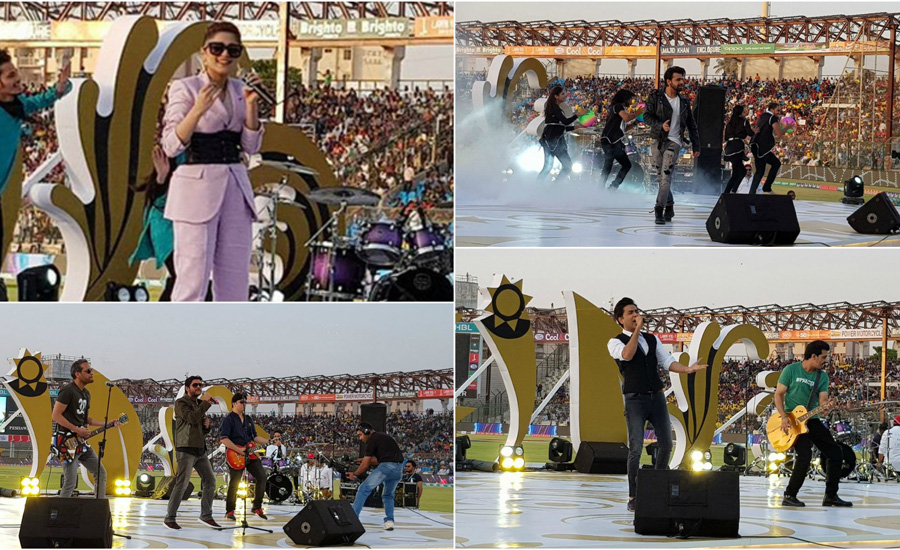 KARACHI (92 News) – A star-studded closing ceremony of the Pakistan Super League's (PSL) third edition was held Sunday at National Cricket Stadium in Karachi ahead of the final match between defending champions Peshawar Zalmi and Islamabad United. Renowned singer Aima Baig, Shahzad Roy, Strings Band, Ali Zafar, and Farhan Saeed performed to entertain the crowd with their famous national and other songs. The singers enthralled audience with their performances on their song. Peshawar Zalmi captain Darren Sammy showed a kind gesture by having salfees with the fans besides dancing on the tune of the drum along with other team members. Pakistan’s biggest city will witness a high-profile cricket match for the first time in nine years tonight when the defending champions Peshawar Zalmi will take on Islamabad United in the final of the third edition of the Pakistan Super League (PSL) at the newly renovated Karachi National Stadium amid heavy security. The city has been decorated with welcome banners, lights and large posters of PSL teams and players.