The stars of "Unforgettable" came out to premiere the new romantic thriller in Los Angeles on Tuesday night.

In the film, Rosario Dawson plays Julia, a young woman whose life is turned upside down by her husband's ex-wife Tessa, played by Katherine Heigl.

As the film progresses, Tessa becomes more and more obsessive as she tries to exact revenge on Julia.

"I think what I love about this movie is the fact that the women are all in their own ways striving to be perfect and are traumatized by that and are hurting themselves in their relationships," Dawson said on the red carpet.

The film had numerous women in key roles, including Denise Di Novi as producer and director.

Di Novi, who is best known for producing credits including 'Edward Scissorhands', 'Batman Returns' and 'Crazy Stupid Love' was asked to direct by the studio when she pitched the project and demanded a female director - only to find herself being offered the role.

'Unforgettable' goes on release in the United States on April 21. –Reuters 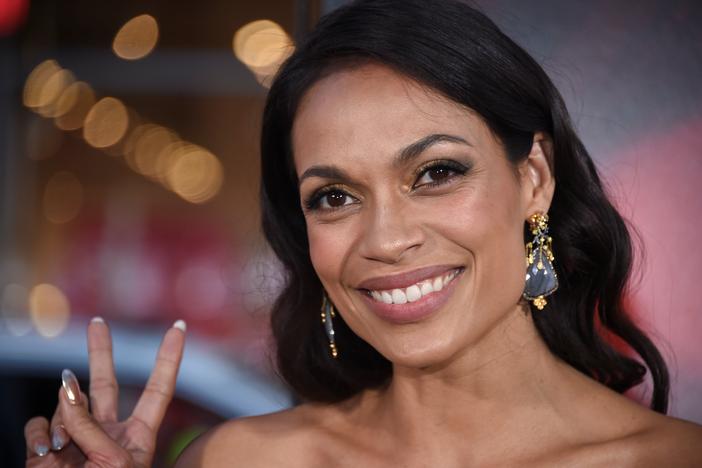