State Department has responded to congressional request for documents :Pompeo 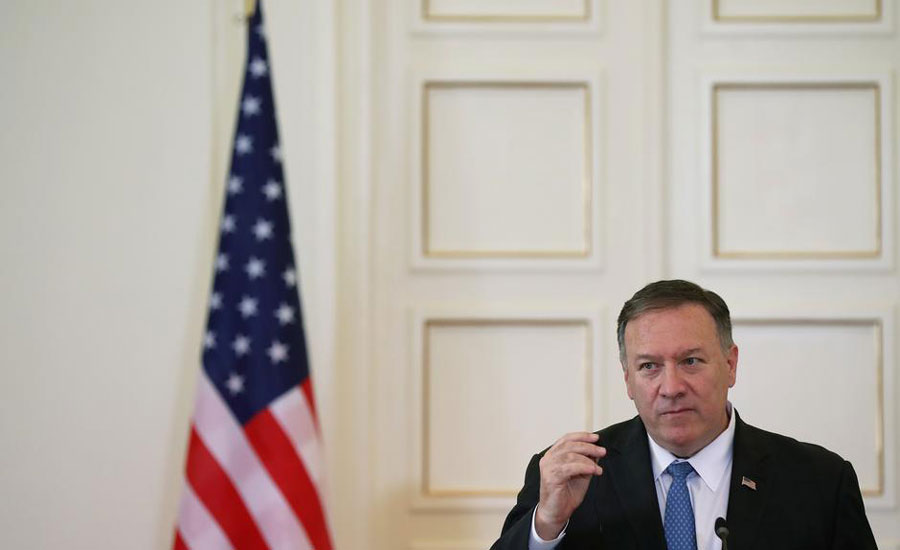 State Department has responded to congressional request for documents :Pompeo

ATHENS (Reuters) - The US State Department has issued an initial response to a Democratic-controlled congressional committee’s request for documents related to the impeachment investigation of President Donald Trump, Secretary of State Mike Pompeo said. The US House of Representatives Foreign Affairs Committee issued a subpoena on Sept. 27 for Pompeo, a close Trump ally, seeking to compel him to hand over documents concerning contact with the Ukrainian government. House Democrats are examining whether there are grounds to impeach Trump based on a whistleblower’s complaint that said he asked Ukrainian President Volodymyr Zelenskiy to help investigate former Vice President Joe Biden, a leading contender for the 2020 Democratic presidential nomination, and his son. “The State Department sent a letter last night to Congress, which is our initial response to the document request. We will obviously do all the things we are required to by law,” Pompeo said in a news conference in Greece. He did not elaborate on the contents of the letter. Pompeo objected last week to efforts by Democrats to obtain depositions from current and former department officials as part of the investigation into whether Trump pressured his Ukrainian counterpart for a probe of Biden and his son in a July 25 call. Lawmakers are looking at whether Trump jeopardized national security and the integrity of US elections for personal political gain. Trump has called the impeachment investigation a “hoax” and accused the media and Democrats of corruption.

An official from the House Foreign Affairs Committee said in a statement that Pompeo had “failed to meet the deadline to produce documents required by the subpoena,” but confirmed the State Department had contacted the three investigating committees. “We hope the Department will cooperate in full promptly,” said the official, who spoke on the condition of anonymity. Pompeo, who has acknowledged he listened to the July 25 call between Trump and Zelenskiy, said the Trump administration was “incredibly focused in making sure that we worked with Ukraine in a way that was appropriate.” House Democrats on Friday subpoenaed the White House for documents they want to see as part of their impeachment investigation. White House spokeswoman Stephanie Grisham said on Friday that the subpoena “changes nothing” and that it would be ultimately shown that Trump did nothing wrong. Pompeo, on the last leg of a trip to southern Europe, said there were “clearly politics” involved in the investigation. He also addressed a notion Trump has long held that Ukraine interfered in the 2016 US presidential election, a theory that runs counter to the US intelligence community’s findings that it was Russia that meddled in the campaign. Pompeo said “governments have an obligation and indeed a duty to make sure that elections happen with integrity, without interference from any government, whether that’s the Ukrainian government or any other.”
Pompeo, a former US congressman, said there had been congressional inquiries in the past that had harassed and abused State Department employees by contacting them directly and seeking to have them provide documents and records. “That’s harassment and I will never let that happen to my people,” he said.