State to impose its will against anyone who challenges its authority: Afridi 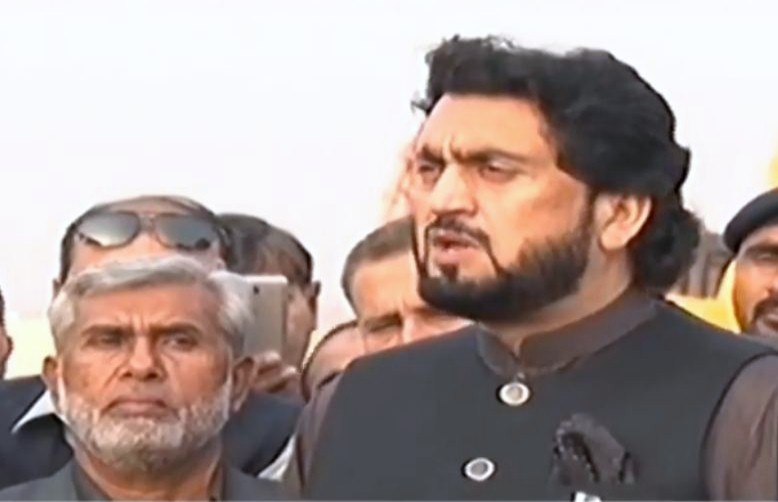 State to impose its will against anyone who challenges its authority: Afridi

ISLAMABAD (92 News) – State Minister for Interior Shehryar Khan Afridi said on Monday that the state will impose its will against anyone who challenges its authority. He was talking to the journalists after inspecting the ongoing anti-encroachment drive in the federal capital. The minister said law will be applicable on everyone in the Naya Pakistan and now it has become impossible to challenge its writ. Shehryar Khan Afridi said out of total 514 kanals of encroached land in Islamabad, 140 kanals has been recovered. He said in today's operation commercial buildings erected on 65 kanals of land were dismantled and land retrieved. The minister also vowed to take action against employees of CDA and other departments who connived with the land mafia to help them grab lands. To a question, Shehryar said Prime Minister Imran Khan has directed not to dislocate poor people in drive against encroached land. He said the government has devised a plan for resettlement of poor people if they are dislodged. He said those who deprived the poor people of their hard earned money will be brought to justice and the amount will be recovered from them. The state minister said a revised Master Plan of Islamabad will be made public soon. He said all provinces are playing effective role in anti-encroachment campaign.