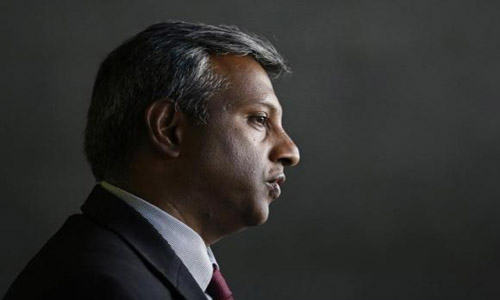 LONDON (Reuters) - Governments are failing to protect millions of civilians from violence by states and armed groups, Amnesty International said on Wednesday, describing the global response to widespread conflict from Nigeria to Syria as "shameful and ineffective". A year of catastrophic violence had led to one of the worst refugee crises in history, as the number of displaced people worldwide topped 50 million for the first time since the end of the World War Two, the rights group said in its annual report. Almost 4 million refugees have fled a four-year civil war in Syria, and about 95 percent are being hosted by Lebanon,Turkey, Jordan,Iraq and Egypt, according to the UN refugee agency, which has repeatedly urged rich nations to take more refugees. "As people suffered an escalation in barbarous attacks and repression, the international community has been found wanting," Amnesty secretary general Salil Shetty said in a statement. "It is abhorrent to see how wealthy countries' efforts to keep people out take precedence over their efforts to keep people alive." The growing influence of non-state armed groups such as Boko Haram and Islamic State was a major concern, Amnesty said. Islamist militants Boko Haram have killed thousands of people in northeastern Nigeria in a five-year insurgency, while Islamic State has taken vast parts of Iraq and Syria and declared a caliphate in territory under its control. Armed groups committed abuses in more than 35 countries in 2014, including the Central African Republic and India, the rights group said. Amnesty said there would be more victims of abuse and persecution as the influence of such groups spilled across national borders.

The rights group urged the five permanent members of the UN Security Council - Britain,China, France, Russia and the United States - to renounce their veto rights in situations of genocide and mass atrocities. Since 2011, Russia and China have cast four vetoes to block international action in Syria, where more than 210,000 have been killed since the conflict began, according to the Syrian Observatory for Human Rights.

The Security Council has failed to deal with conflicts in Syria, Iraq, Gaza, Israel and Ukraine, even when civilians had been subjected to "horrific crimes", Amnesty said. Amnesty also urged all governments to ratify and adhere to a global arms trade treaty, which came into force in December and aims to regulate the $85 billion industry and keep weapons out of the hands of human rights abusers and criminals.

A huge number of arms were delivered to Iraq, Israel, Russia, South Sudan and Syria in 2014, despite the likelihood of these weapons being used against civilians, it said. The report also highlighted how several governments in 2014, including Kenya and Pakistan, had reacted to security threats with "draconian and repressive" tactics.

Kenya passed anti-terrorism measures last year that opposition groups and activists said would threaten liberties and free speech, while Pakistan lifted a 2008 ban on the death penalty. "Government leaders justify human rights violations by talking of the need to keep the world 'safe'", Shetty said. "But knee-jerk reactions do not work. Instead they create an environment of repression in which extremism can thrive."