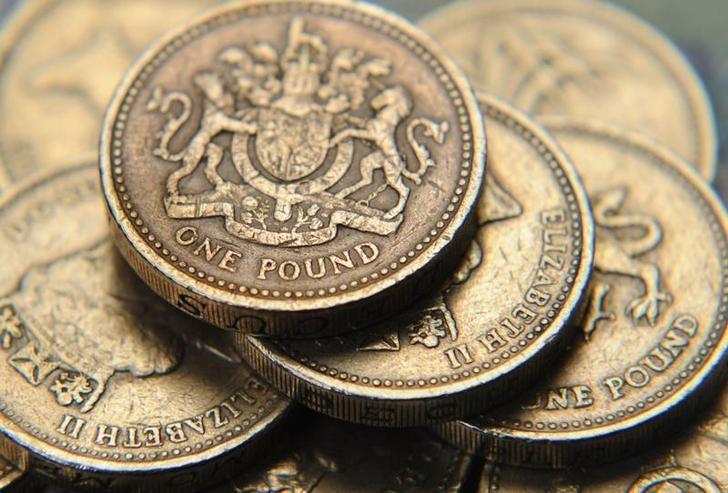 LONDON - Sterling's rise since Prime Minister Theresa May called a snap election last month should to help limit a surge in British inflation this year although it will still sail far over the Bank of England's target, a think tank said on Wednesday.

The National Institute of Economic and Social Research said annual consumer price inflation was likely to peak at 3.4 percent at around the end of this year, lower than a forecast of 3.7 percent it made in February.

The pound has recovered some ground over the last month to strike a seven-month high near $1.30, reflecting investors' belief that May's Conservative Party will gain a large majority in the June 8 election - something that could give her more leeway to strike compromises with the EU in Brexit talks.

NIESR's projections will be noted by Bank of England policymakers who are meeting this week to set interest rates and produce their own quarterly economic outlook.

The BoE's most recent forecasts made in February suggested inflation will rise as high as 2.75 percent early next year, above its 2 percent target although by less than NIESR expects.

The consensus of economists polled by Reuters suggests inflation will likely peak at around 3.0 percent this year.

The BoE is widely expected to keep interest rates on hold this week and possibly not touch them until 2019 as it waits to see the Brexit impact on the economy.

NIESR stuck to its view that Britain's economy will expand by 1.7 percent this year and 1.9 percent next year. -Reuters