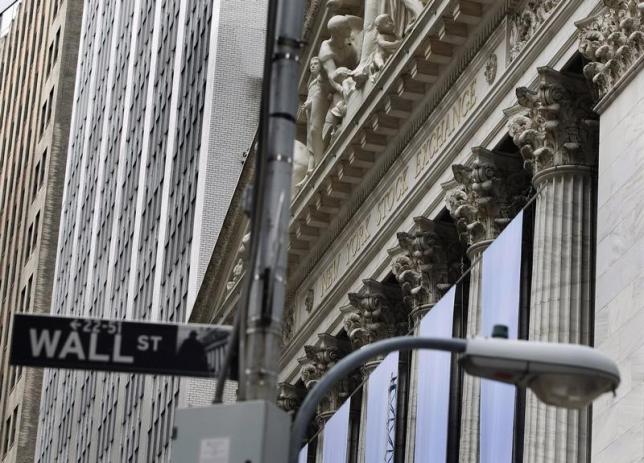 NEW YORK - US stock were poised to open lower on Tuesday, indicating a modest retreat from the previous session's rally, though the S&P 500 remained on track for its ninth straight quarterly rise. Energy shares will continue to be in focus as crude oil CLc1 fell 1.3 percent to $47.58 per barrel, sending Exxon Mobil Corp (XOM.N) down 0.6 percent to $85.10 in premarket trading. Oil is set for its third straight daily decline, losing more than 7 percent in the three days. US crude futures were volatile on Monday, swinging between a gain of 0.6 percent and a decline of 2.6 percent. On Tuesday, oil was pressured as Iran and six world powers entered a final day of talks on a nuclear deal that could see the energy-rich country increase oil exports. The talks come at a time when oversupply is already a major concern for energy investors, having contributed to crude falling more than 50 percent from a high in June. Endurance Specialty Holdings Ltd (ENH.N) agreed to buy reinsurer Montpelier Re Holdings Ltd (MRH.N) for about $1.83 billion, while Charter Communications Inc (CHTR.O) agreed to acquire Bright House Networks in a roughly $10 billion deal. The news follows a number of big deals announced on Monday that contributed to the market's broad advance. Charter rose 5.8 percent to $194 before the bell on Tuesday while Montpelier rose 3.4 percent to $39.46. Investors will also look ahead to the latest economic data, including the March Chicago Purchasing Managers Index at 9:45 a.m. EDT (1345 GMT) and a reading on March consumer confidence at 10 a.m. Confidence is seen dipping slightly in the latest month. Trading may be volatile ahead of the March payroll report, due on Friday, when the stock market is closed for the Good Friday holiday. If the report is strong, investors could view the US Federal Reserve as more likely to raise rates earlier than currently expected. Office Depot Inc (ODP.O) fell 1.1 percent to $9.25 in light premarket trading, a day after the company received a request for additional information from the Federal Trade Commission about its planned purchase by Staples Inc (SPLS.O). Staples received the same request. Tuesday marks the end of the first quarter. Over the period, the Dow rose 0.9 percent, theS&P 500 rose 1.3 percent and the Nasdaq rose 4.5 percent. This is the ninth straight quarterly advance for the S&P and Nasdaq, the longest such streak for the S&P since 1998 and the longest for the Nasdaq in its history. Futures snapshot at 9:00: * S&P 500 e-minis ESc1 were down 9 points, or 0.43 percent, with 184,583 contracts changing hands. * Nasdaq 100 e-minis NQc1 were down 14 points, or 0.32 percent, in volume of 28,123 contracts. * Dow e-minis 1YMc1 were down 77 points, or 0.43 percent, with 30,118 contracts changing hands. - Reuters