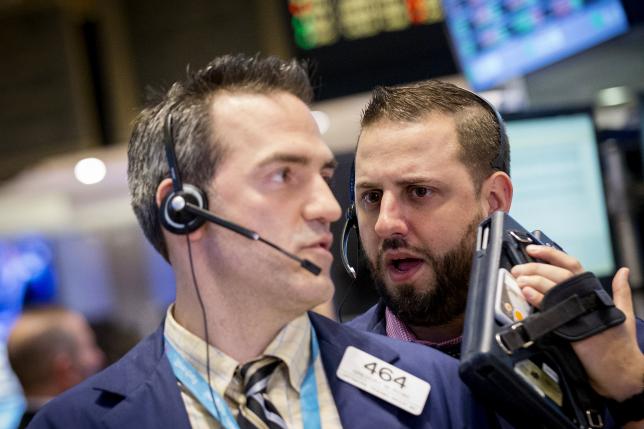 NEW YORK - Market focus will shift from macro to micro next week as economic data winds down and quarterly earnings reports from S&P 500 components including Alcoa (AA.N) take center-stage. Earnings expectations have been falling sharply in the past weeks, with the most recent estimate showing a 2.8 percent decline in earnings growth, squeezed by dwindling expectations for the energy sector. Energy companies' earnings are now expected to fall nearly 64 percent year-on-year. Investors saw the sector .SPNY drop 3.6 percent in the first quarter, bringing the nine-month decline to 22 percent. Market bulls say softening economic data including US private sector jobs, factory activity and consumer spending have weighed on stocks lately. The effect of the strong US dollar on offshore operations and creeping inflation, in the form of higher labor costs, have also taken a toll - perhaps an excessive one. "My guess is we’ve overdone it in terms of concern," said Art Hogan, chief market strategist at Wunderlich Securities in New York. "We always price in the bad news first." He said that both energy companies - pummeled by concern about the sharp drop in oil - and multinationals - suffering from the impact of a stronger dollar - might actually be set for positive surprises. "In terms of knee-jerk reaction, surprises are going to come from where we slashed estimates the most." STOCKS HOLD AMID SOUR MOOD Despite the rising concern about the earnings season and the weaker data, stocks showed resilience to start the year. This past week the S&P 500 closed its ninth consecutive quarterly gain, even if it was a meager 0.4 percent. "Estimates are down and the market has already absorbed that," said Quincy Krosby, market strategist at Prudential Financial in Newark, New Jersey. "All you need is some positive surprises for shorts to have to cover," she said, speaking of investors who borrow a stock to sell it, betting on a price decline. "Positive guidance can change the tone of the market quite rapidly." Chipmaker Micron (MU.O) set a negative early tone on Wednesday, forecasting lower revenue for the current quarter on waning customer demand. More than 80 percent of the earnings preannouncements this season were negative, according to Thomson Reuters data, setting the bar lower than is usually the case towards the start of earnings season. In a typical quarter about 63 percent of companies beat estimates and just above 20 percent miss. But the negativity has set the bar so low, it may have set the stage for a bounceback. "The market has been trying to price in what has been a lot of bad news in the economic data stream and (expected) bad news in the earnings season," Wunderlich's Hogan said. "We may well have underestimated the positives." - Reuters