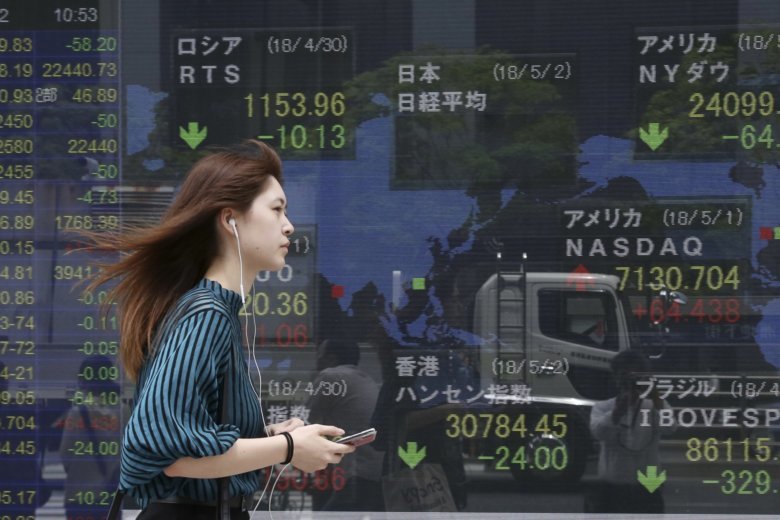 TOKYO (Reuters) - Stocks rose on Monday as US Treasury Secretary Steven Mnuchin declared the US trade war with China “on hold” following an agreement to drop their tariff threats that had roiled global markets this year. US S&P mini futures ESc1 rose 0.60 percent in Asian trade on Monday. MSCI's broadest index of Asia-Pacific shares outside Japan .MIAPJ0000PUS advanced 0.55 percent in early trade, led by strong gains in greater China. Hong Kong's Hang Seng was up 1.0 percent, Taiwanese shares 1.1 percent and mainland shares 0.4 percent. Japan's Nikkei gained 0.4 percent. Mnuchin and US President Donald Trump’s top economic adviser, Larry Kudlow, said the agreement reached by Chinese and American negotiators on Saturday set up a framework for addressing trade imbalances in the future. “The weekend talk appears to have made progress. While they still need to work out details of a wider trade deal, it is positive for markets that they struck a truce,” said Hirokazu Kabeya, chief global strategist at Daiwa Securities. As safe-haven demand for debt fell, US bond prices were under pressure, keeping their yields not far from last week’s peaks. The 10-year Treasuries yield stood at 3.065 percent US10YT=RR, near a seven-year high of 3.128 percent hit on Friday. “Recent data suggests the US economy is very strong, hardly slowing down in Jan-Mar. The world economy slowed in that quarter but it appears to be rebounding. And recent rises in oil prices are likely to lift inflation expectations further,” said Tomoaki Shishido, senior fixed income analyst at Nomura Securities. “We expect more selling until the next Fed’s meeting in June,” he said. In the currency market, higher US yields helped to strengthen the dollar against a wide range of currencies. The euro dipped 0.1 percent to $1.1756 , hovering above Friday's five-month low of $1.1750. The common currency was also hit after two anti-establishment parties pledged to increase spending in a deal to form a new coalition government. The dollar maintained an uptrend against the yen, rising 0.20 percent to fetch 110.97 yen, , close to Friday's four-month high of 111.085. Oil prices held firm near 3-1/2-year highs also on easing trade tensions between the world’s two biggest economies. The market is keeping an eye on Venezuela, where President Nicolas Maduro appeared to be set for re-election, an outcome that could trigger additional sanctions from the United States and more censure from the European Union and Latin America. Oil prices have been supported by plummeting Venezuelan production, in addition to a solid global demand and supply concerns stemming from tensions in the Middle East. US crude futures rose 0.8 percent to CLc1 $71.83 per barrel, near last week’s 3 1/2-year high of $72.30 while Brent crude futures LCOc1 notched up 0.8 percent to $79.10 per barrel. It had risen to $80.50 last week, its highest since November 2014.