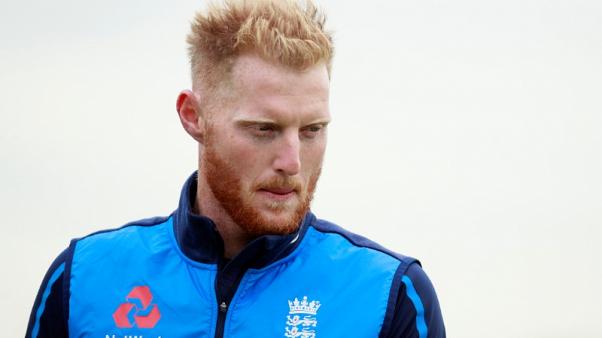 WELLINGTON (Reuters) - England all-rounder Ben Stokes touched down in Christchurch on Wednesday but declined to comment on his availability to play for New Zealand side Canterbury.

New Zealand-born Stokes was omitted from England’s Ashes squad and remains suspended after being arrested in September on suspicion of causing actual bodily harm in an incident outside a Bristol nightclub.

Stokes has been told he will not be selected while police conclude their investigation into the incident but his trip to New Zealand has fanned speculation he may be parachuted into the England team midway through the Ashes.

Australia hold a 1-0 lead in the five-test Ashes after beating England in the opener in Brisbane on Monday. The second test starts in Adelaide on Saturday.

Stokes was greeted by his parents at Christchurch airport and batted away questions from a media throng about the police investigation and his possible plans to turn out for Canterbury, who confirmed their interest in signing the player on a short-term deal on Tuesday.

“Just looking forward to seeing mum and dad,” he told reporters. “Just catch up with everyone I haven’t seen in a long time.”

England has distanced itself from Stokes’s return to the country of his birth, with the cricket board saying it was a “private” trip to see his parents and organised outside of its auspices.

Canterbury play Otago Volts in Rangiora, a small town north of Christchurch, on Sunday in the first round of New Zealand’s domestic one-day cricket competition.

Canterbury coach Gary Stead told Australian radio the province’s board would meet to discuss Stokes on Wednesday but there was no guarantee the 26-year-old would play.

”But if we agree to it then we’re hopeful New Zealand Cricket (will) and it sounds like the ECB (England and Wales cricket board) have given an (no objection certificate) already.

”From my point of view I think if you get someone like that then let’s do it.

”We’re acutely aware that if this does get across the line there is something else obviously hanging over his head -- and that could happen at any stage.

“There’s no time period or time frame on that for us.”

New Zealand coach Mike Hesson, who has been preparing his team for the home series against West Indies, welcomed the prospect of Stokes turning out for Canterbury.

“From a cricket point of view he’s a world class player and would add a lot of talent to the competition,” he told local media. “If it improves the standard of the competition, which I‘m sure it will, then great.”