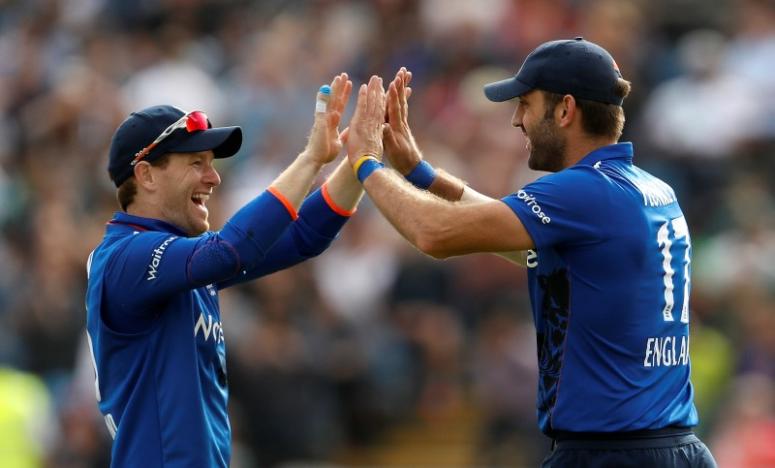 LEEDS - England's Ben Stokes and Jonny Bairstow struck half centuries to guide the hosts to a four-wicket victory over Pakistan in the fourth one-day international in Leeds as they went 4-0 ahead in the five-match series. England, who amassed a world record ODI total of 444 for three when they won by 169 runs at Trent Bridge on Tuesday, restricted Pakistan to 247 for eight in their 50 overs, before easing to a match-winning 252-6 with two overs remaining. Pakistan's innings was anchored by Azhar Ali's 80 off 104 balls, while Imad Wasim was again impressive with an unbeaten 41-ball 57, however the tourists struggled to shake off the shackles that England had imposed on them. Adil Rashid took three wickets for 47 runs while Moeen Ali finished with figures of 2-39 as England rarely lost control. Pakistan gave themselves a platform to push on having moved to 110 for two in the 23rd over, but they never managed to gain the upper hand as England kept a tight control on their innings. The tourists enjoyed early success when England's Jason Roy (14) edged Mohammad Irfan to Mohammad Rizwan in the third over. The hosts' Alex Hales, Joe Root and Eoin Morgan were also dismissed to leave England on 72-4 in the 15th over. But Stokes hit 69 from 70 balls in a 103-run fifth-wicket partnership with Bairstow to energise the home team. Stokes's innings ended one run short of his ODI best when he tried to heave an Imad delivery over the boundary allowing Babar Azam to take a simple catch on the rope with England on 175. Bairstow was then run out for 61 after trying to pinch a single off an Umar Gul delivery only for Azhar Ali's superb piece of fielding to leave him inches short of the crease and England needing 23 more runs for victory. There was to be no collapse, however, and England comfortably reached their target with Moeen Ali(45 not out) thrashing two sixes off the bowling of Azhar Ali in the 48th over to guide the hosts over the line. -Reuters