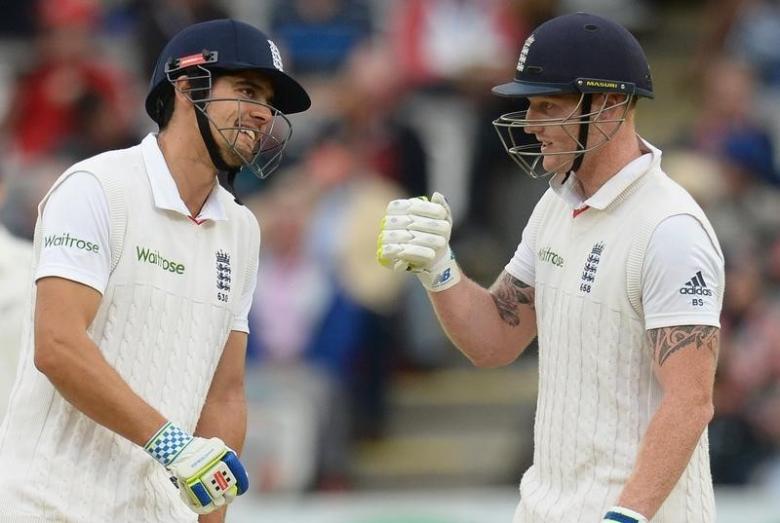 LONDON – England cricket captain Alastair Cook says all-rounder Ben Stokes gives England the "X factor" and put his improvement down to the work he has done to play against spin. Stokes won man of the match for his performance in England's thrilling 22-run victory in the first Test against Bangladesh in Chittagong. He took six wickets, including two in three balls to seal victory on the final day, and scored a crucial 85 runs in the second innings after England's top order collapsed on day three. "I now say it every single time we speak about him. The guy is that X factor cricketer which every side would love to have. And he balances our side and gives us options," Cook told British media. "The one thing that he has done over the last year is to improve his method against spin." With a five-match Test series in India coming up for England next month, Cook said there would be changes to the squad for the second and final test against Bangladesh in Dhaka on Friday. "I'm pretty sure there will be some changes. In an ideal world we don't want to get to India with people having not played much cricket," he added. –Reuters