Stokes can be one of all-time great all-rounders 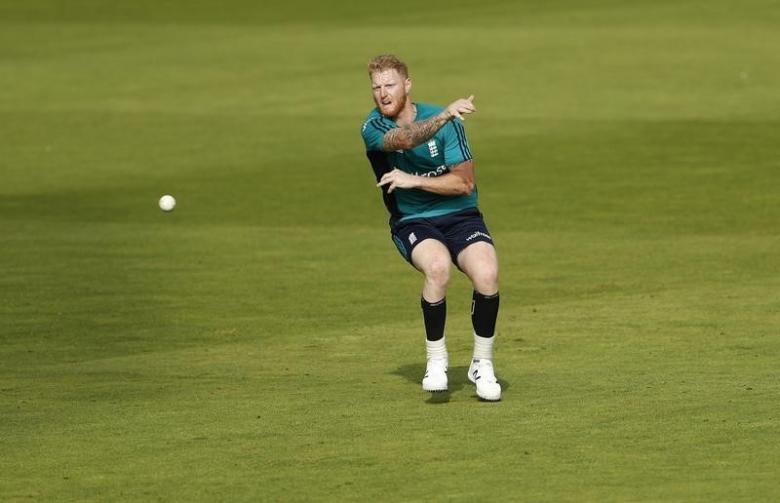 Stokes can be one of all-time great all-rounders

England's Ben Stokes could mature into one of the greatest ever all-rounders, coach Trevor Bayliss said after the 25-year-old's match-winning performance in the opening test against Bangladesh. Stokes was man-of-the-match in England's thrilling 22-run victory in Chittagong, taking six wickets, including two in three balls to seal victory on the final day. He also scored a vital 85 with the bat in the second innings after England's top order had collapsed on day three. "He could be right up there with some of the all-time best all-rounders," Bayliss told reporters in Dhaka ahead of the second test starting Friday. "He's young into his career and that's going to be easier to judge the longer he goes. Only time will tell. "But the strides he's made on the subcontinent playing spin have been top class." England captain Alastair Cook said after Chittagong that Stokes brought 'X factor' to the side and put the all-rounder's improvement down to his work playing spin. Bayliss agreed. "It wasn't all that long ago we were wondering how he might go on spin-friendly wickets, but he's a guy that works extremely hard in the nets," the 53-year-old Australian said. "It's his defence to spin that has improved out of sight. "We know that if he gets a bad ball he can hit anything over the fence, but you've got to be there to get that loose ball. In the past he probably hasn't had a lot of footwork, has played from the crease and backed his eye and his hands. "But as we've seen on this tour, in the one-dayers and this test, he's defended really well off the front foot, got right out and smothered the ball before it had a chance to spin and jump past the outside edge." Leg-spinner Adil Rashid had a more modest performance in Chittagong, managing three wickets on a spin-friendly surface, but Bayliss urged patience with the four-test bowler ahead of a five-match test series in India next month. "Look, it's only been the very, very best leg-spinners who have got the control and consistency and ability to take wickets," said Bayliss of the 28-year-old. "I think Rash is still on a journey there and he's still improving. He's getting more and more confident. "I expect that once upon a time the spinners weren't thought of as getting to their peak until their early thirties, so he's still got a bit to learn yet. But I think he's on the right track." -Reuters