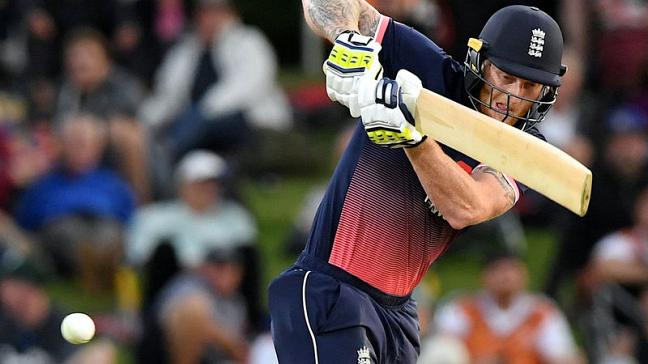 WELLINGTON (Reuters) - All-rounder Ben Stokes’ probable return is likely to be a major determinant in the makeup of his under-fire England team as New Zealand enters the pink ball era with their first day-night test at home at Eden Park starting on Thursday.

Stokes missed the 4-0 Ashes series loss in Australia while he awaited the outcome of an investigation into an alleged assault. The 26-year-old entered a plea of not guilty via video link with a Bristol court on March 12.

England have retained much the same squad that lost the Ashes and Stokes’ absence for that series was evident not just across the Tasman but when he returned to England’s one-day side against New Zealand earlier this month.

He was a major influence in the field, with several stunning catches and diving stops while he provided additional fire-power as the batting all-rounder with 141 runs at an average of 47.

“It’s just having him in the side,” off-spinning all-rounder Moeen Ali told British media. “Knowing we’ve got a much stronger side when he’s playing, it gives everyone else a good lift.

“I know he’s ready to go, and ready to perform, and give back to the team.”

Stokes, however, has been battling a back injury sustained while diving when fielding during the one-day series and pending a fitness test may just play as a batsman, necessitating the need for an extra bowler.

Craig Overton and Mark Wood are then likely to be competing to join Chris Woakes, Jimmy Anderson and Stuart Broad.

Anderson and Broad’s new ball partnership, however, looks like it could be broken with Woakes and Wood sharing the responsibility with Anderson in a warm-up match in Hamilton that was played with both a pink and a red ball.

Anderson told Britain’s Sky Sports the decision appeared to be because captain Joe Root was contemplating a future without the pair, who have a combined 922 test wickets between them and consistently opened the bowling for the last decade.

“Obviously he’s disappointed, he’s a very proud bloke and we have opened the bowling for a number of years,” Anderson said.

“He’s bowled first change in the past and I can see what Joe wants to do with looking to the future but also having that experience coming on first change.”

New Zealand’s lineup will also undergo a shakeup with all-rounder Mitchell Santner ruled out for the next nine months due to knee surgery, while top-order batsman Ross Taylor is battling a thigh injury sustained during the one-day series.

Santner had occupied the number six batting slot and was the team’s first-choice spinner as New Zealand beat an under-prepared West Indies side 2-0 in December.

The 26-year-old then produced arguably career-best form with the bat during the one-day series against England, scoring 216 runs in four innings at an average of 108 and his absence lengthens the home side’s tail.

Either all-rounder Colin de Grandhomme or returning wicketkeeper BJ Watling will be forced up the order, with leg-spinner Todd Astle likely to bat at number eight if conditions do not tip the selection to going with four seamers.

Astle has played just two previous tests and bowled only four overs when he last played a test match against Pakistan in November, 2016.

The second match in the series, a traditional red ball match, is at Hagley Oval in Christchurch from March 30.