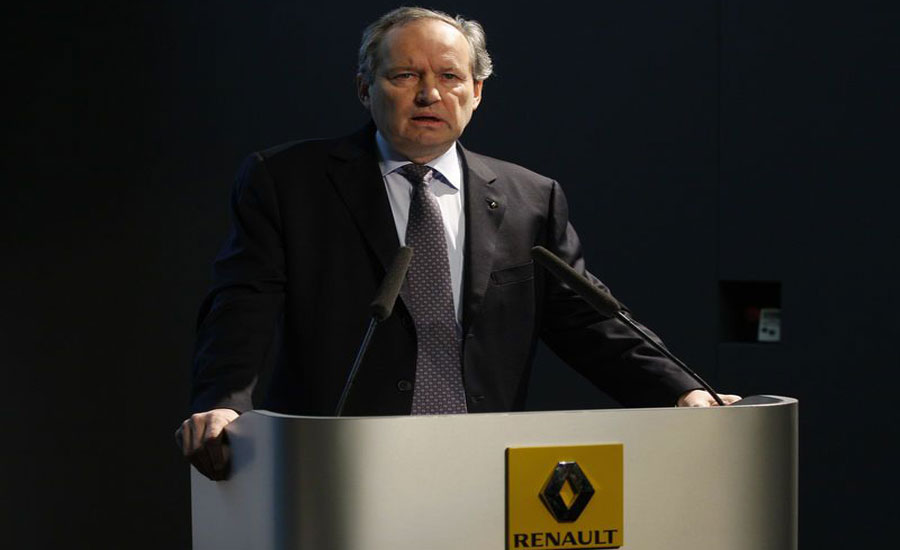 PARIS (Reuters) - Jerome Stoll will stay on as president of Renault Sport Racing, which includes the Formula One team, after the sudden departure of Thierry Koskas, the executive who was supposed to replace him. Koskas, who was a member of Renault’s executive committee reporting to chairman and chief executive Carlos Ghosn, was appointed as 64-year-old Stoll’s successor last November and had been due to start this month. “Jerome Stoll will continue in his role as President of Renault Sport Racing following the departure of Thierry Koskas from Groupe Renault,” Renault said on Twitter without providing further details. The Formula One team finished fourth overall last year and is run by Cyril Abiteboul, who remains in charge. Australian Daniel Ricciardo has joined German Nico Hulkenberg in the driver line-up for the season that starts in Australia on March 17. Renault has been engulfed by a leadership crisis after Ghosn’s arrest in Japan for alleged financial misconduct. On Thursday, acting chairman Philippe Lagayette said that Renault will appoint new leadership after the French government, its biggest shareholder, called for Ghosn’s replacement almost two months after his Nov. 19 arrest. Ghosn has been charged over allegations he failed to disclose close to $80 million in additional compensation for 2010-18 that he had arranged to be paid later.