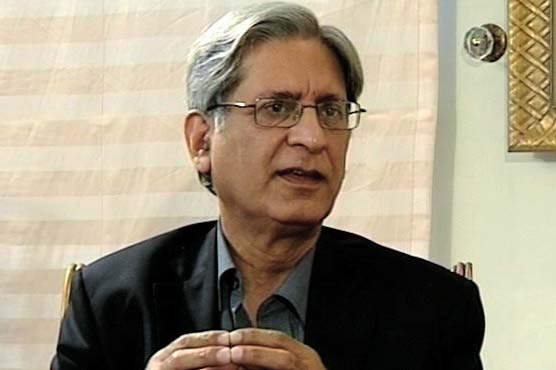 LAHORE (92 News) – Pakistan People’s Party (PPP) Senator Aitzaz Ahsan has said that the Senate election cannot be held under two different systems in the parliament. Talking to the media outside the parliament on Thursday, he said that the members belonging to the Federally Administered and Tribal Areas (FATA) are being punished. “The stopping of FATA members from casting their votes is an illegal, undemocratic and unparliamentary act. We will go to the last extent to stop it,” he said.