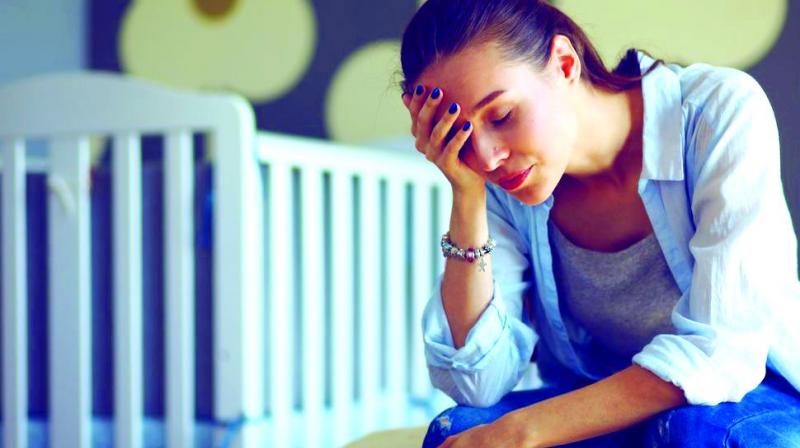 LONDON (Reuters ) - Middle-aged adults who feel stressed, powerless or overworked on the job may be more likely to develop mental health problems in the coming years than more contented coworkers, a recent study suggests. For the study, researchers examined data from questionnaires completed by 6,870 workers in the UK who, at age 45, had never been diagnosed with depression, anxiety or other common mental illnesses. Overall, about one-third reported having little control over what they did at work and slightly more than one-fourth described their jobs as very demanding and stressful. By age 50, workers who reported high levels of job strain five years earlier were more than twice as likely to be diagnosed with mental health disorders as the people who had low-stress jobs, researchers report in The Lancet Psychiatry. With demanding jobs, workers were 70 percent more likely to develop a mental illness by age 50, the study also found. And people who reported having little control over their work were 89 percent more likely to be diagnosed with psychological disorders. “Several studies published over the past decade have suggested a link between workplace stress and poor mental health outcomes amongst employees,” said lead study author Samuel Harvey, head of the workplace mental health research program at the Black Dog Institute at the University of New South Wales in Australia. “However, it has always been difficult to work out which came first: difficult work situations or mental health problems - the classic chicken or egg situation,” Harvey said by email. While the current study wasn’t a controlled experiment designed to prove that work problems directly cause mental health issues, the fact that none of the workers had any psychological issues at the start of the study period suggests that the job difficulties came first, Harvey said. Even though the study focused on middle age, all of the participants had been followed since birth, allowing researchers to account for a variety of circumstances growing up that might influence the odds that a person would experience job strain or mental health problems. “We were able to develop the most precise picture to date of the possible reasons an individual’s working conditions could impact their mental health,” Harvey said. “When accounting for non-workplace factors like stressful life events, illness, IQ and early life, the results indicate that people with higher job demands, lower job control and higher job strain were still more likely to develop mental illness by age 50, regardless of sex or occupational class.” While the exact ways that job strain might cause mental illness aren’t clear, stress is a known risk factor for psychological problems as well as a wide range of other chronic health issues like heart disease, diabetes and obesity, said Dr. Sabir Giga, author of an accompanying editorial and a researcher at Lancaster University in the UK. “For individual workers, it’s important to recognize that persistent and long-term stress could lead to physical and mental health conditions,” Giga said by email. “Demanding jobs may be unavoidable,” Giga added. “But we can make changes in our lives that allow more control and flexibility in how much we work and the way we do it.”