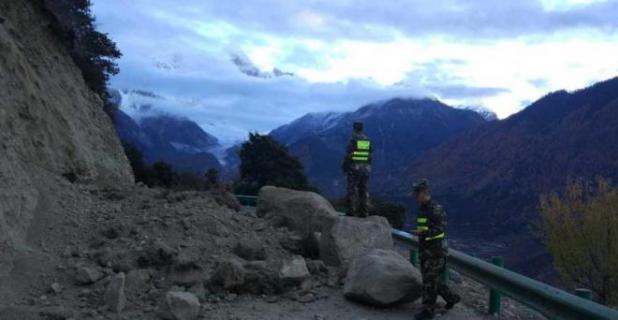 BEIJING (Reuters) - An earthquake of magnitude 6.3 struck a remote part of Tibet on Saturday, the United States Geological Survey (USGS) said, but there were no immediate reports of significant damage or injuries.

It struck in the Nyingchi region of Tibet. The Nyingchi government said in a statement on its microblog that the quake’s epicentre was in an uninhabited region and that it had yet to receive any casualty reports.

Chinese state media Xinhua said the earthquake caused power outages and damage in villages near Nyingchi, and that emergency response staff had been mobilised to investigate.

The epicentre was within 150 miles (240 km) of the Indian towns of Along, Pasighat and Tezu, the USGS added.

A magnitude 6.3 quake is considered strong and is capable of causing severe damage.

Southwestern parts of China are frequently hit by earthquakes. A huge quake in Sichuan province in 2008 killed almost 70,000 people.