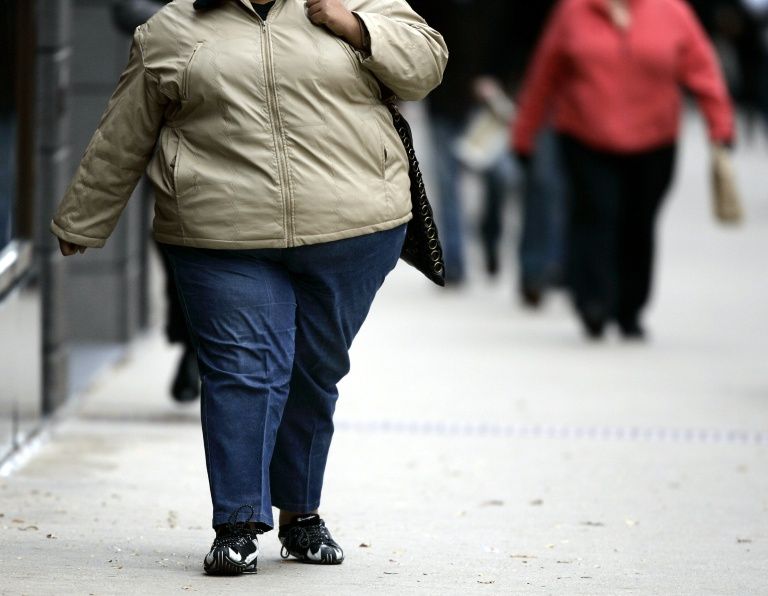 GLASGOW (AFP) - Being overweight or obese does pose a risk of heart disease, despite claims to the contrary, a study of nearly 300,000 British adults suggested Friday.

While it is generally accepted that being overweight increases a person's disease risk, some researchers have recently suggested that carrying extra weight does not actually boost death rates for some, particularly the elderly.

A number have even suggested that being overweight may protect against disease, a claim dubbed the "obesity paradox."

But the latest study, published in the European Heart Journal, said there is no paradox.

For the latest analysis, data on the participants -- all of "white European descent" -- was available until 2015.

All were healthy when they first enrolled.

The researchers noted the participants' Body Mass Index (BMI) -- a ratio of weight-to-height squared used to determine whether a person falls in a healthy weight range.

They then tracked who went on to develop CVD -- which includes heart attack, stroke or high blood pressure.

The World Health Organization considers someone with a BMI of 25 kg/m2 as overweight, and 30 kg/m2 or higher as obese.

The research team found that CVD risk increased beyond a BMI of 22-23 kg/m2.

"Furthermore, the risk also increases steadily the more fat a person carries around their waist," said a press statement summarising the findings.

The findings presented a direct challenge to the obesity paradox.

"Any public misconception of a potential 'protective' effect of fat on heart and stroke risks should be challenged," said study co-author Stamatina Iliodromiti from the University of Glasgow.

It is possible that the effect would be different for people with pre-existing disease, the authors said.

But for healthy people, maintaining a BMI of 22-23 kg/m2 appeared to minimise the risk of developing or dying from heart disease.

"The less fat, especially around their abdomen, the lower the risk of future heart disease," the authors concluded.

An American study published by the journal JAMA Cardiology last month, similarly found that overweight and obesity were associated with "significantly increased risk for CVD".