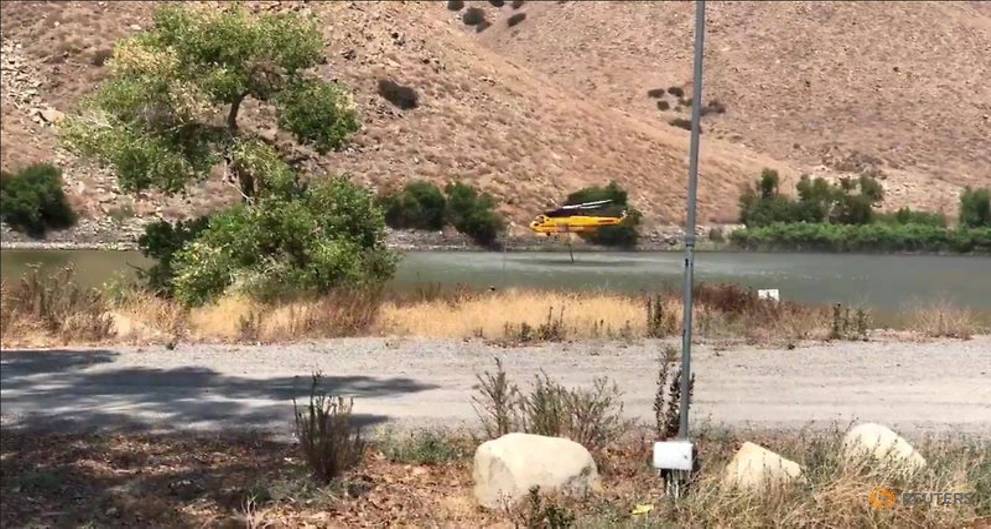 PINEDALE, Wyo. (Reuters) - Less rain and longer droughts are the major cause behind larger and more intense wildfires in the US West, not higher temperatures and early snowmelt as previously thought, according to research released . The findings by the US Forest Service and University of Montana could help scientists better predict the severity of fire seasons, said the study published in the Proceedings of the National Academy of Sciences. The study comes as tens of thousands of firefighters battle more than 100 blazes that have charred more than 1.9 million acres (770,000 hectares) in the Western United States. California is marking one of the most destructive fire seasons on record. The researchers compared snowmelt timing and warming summer temperatures to fluctuations in the amount and distribution of summer rains on lands scorched by wildfires and determined that the latter were drivers. Lack of summer rain and the extended duration of droughts foster warmer, drier air during fire seasons, leading to more surface heating, which, in turn, sucks moisture from trees, shrubs and vegetation, the study found. “This new information can help us better monitor changing conditions before the fire season to ensure that areas are prepared for increased wildfire potential,” Matt Jolly, USDA Forest Service research ecologist and co-author of the study, said in a statement. “Further, it may improve our ability to predict fire season severity.” The research also comes amid heated public debate ignited by high-ranking officials within the Trump administration about the cause of California’s wildfires, which have killed at least 11 people, destroyed homes and forced the evacuation of tens of thousands of people. The administration has alternately rejected or downplayed the role of climate change in the worsening wildfire picture. After recently visiting some of California’s major fire zones, Interior Secretary Ryan Zinke blamed “gross mismanagement of forests” because of timber harvest restrictions that he said were supported by “environmental terrorist groups.” Authorities in California have reported an increase in large, explosive and swiftly spreading wildfires over a longer, virtually year-round fire season. Fire officials say that trend has been fuelled by several years of drought-stricken vegetation and stoked by frequent and persistent bouts of erratic winds and triple-digit temperatures, in keeping with scientists’ forecasts of changing climate conditions. Ninety-five percent of wildfires are human-caused, from camp fires left unattended to careless smoking, to sparks from vehicles and improperly maintained power lines, fire managers say.